A conversation with development agronomist Roland Bunch, author of Two Ears of Corn and Restoring the Soil, about the role regenerative strategies have in reversing climate change.

We’re in the processes of updating Rodale Institute’s Regenerative Agriculture and the Soil Carbon Solution white paper and we wanted to talk to you about your extensive experience with tropical agriculture. How do you see regenerative agriculture being different, or not, for tropical systems than temperate ones?

One of the reasons we got interested in developing rules for regenerative agriculture in tropical countries was because of our experiences with so many technologies we were trying that we read about in U.S. textbooks translated into Spanish. We went down one path after another, and it was all just wrong. For instance, these books said intercropping did not work, plowing the soil was necessary, and making hay or silage was advantageous. None of this is useful or needed, and some are outright harmful in the tropics. We realized we had to develop a different kind of agriculture that was appropriate to the ecology and the economics of smallholder farmers working in tropical countries.

These sources of information are also biased. I went through all the first year soils textbooks in the Mann Library at Cornell University, which is one of the best agricultural libraries in the United States, and every single one of them had either an author or a co-author who was an employee of a fertilizer company. So naturally, they all said green manures don’t work, even though virtually every farmer in the United States and Europe up until the 1940s, used green manures. Are we to think all these farmers were fools?

So we did a study over 12 years of the successful farmers and development projects across Latin America. Through this process, we developed five general principles for tropical agriculture: maximize biomass production, keep the soil covered, use zero or minimum tillage, maximize biodiversity, and feed the plants through the mulch.  But then, six months or so after we had done all this work, we realized that these principles merely described how a tropical forest works. So our Golden Rule of regenerative Tropical Agriculture is just to imitate the tropical forest. We thought these principles were only for the tropics. Well, the interesting thing is that the five principles we developed, Dave Brown uses, and he farms in North Dakota!

The second edition of your book Restoring the Soil really explains the green manure/cover crop systems design well. I wonder how did the soils of smallholder farms in the places you work in become degraded? And how degraded are the soils?

First, let me explain that green manure cover crops are any plant, whether trees, bushes, climbers or creepers, that increase soil fertility and/or control weeds. And we use this name because in the tropics among smallholder farmers, they are not used at all as traditional green manures are used. We rarely plant them as monocrops, we almost never cut them down at flowering time, we never bury them. And we use almost exclusively legumes.

In Africa, at least half of the continent is more prone to droughts now. Fallowing—letting the forest grow on one’s land—was the way farmers across the tropics kept their soils fertile for thousands of years. What’s happened over the last 30 years is that population pressure has gotten to the point where people are down to about one and a half hectares for the average smallholder farmer, which means there’s no way they can leave 3/4 of their land fallow and still survive. In the 1990s, the average farmer was probably letting their land fallow over 10 years instead of 15. By the 2000s, it was down to three or four years, and now its down to nothing–no fallow. Most of the farmers I work with, if they’re fallowing at all, they’re doing it for a year or two, which doesn’t do anything for the soil.

As a result the organic matter in their soils has gone from somewhere around 4% to less than 1%. That means any soil with clay in it is going to become basically impenetrable to rainwater. This is happening in Africa, but it’s also happening now in Latin America. In Malawi, scientists looked at soils since the 80s, and found that the rainwater infiltration rate has gone from an average of about 60% down to less than 10 or 20% today. That’s why they’re having droughts; it’s not so much about climate change.

So using the system of green manure/cover crops that you’ve developed, how quickly have you seen soils come back?

I’ve seen places where they’ve used green manure/cover crops for at least six years now having really good systems in Honduras, Mali, Malawi, Zambia, Mozambique and Madagascar, and they have achieved about 80% resistance to droughts That’s quite a collection of countries with different situations. Using a good green manure/cover crop system for six or seven years, the maize harvest usually increases from about one ton a hectare up to around three tons a hectare. In a drought year, the farmer may lose about 20% of that productivity; so instead of producing one ton a hectare in good years and virtually nothing in a bad year, they’ll produce three tons a hectare in good years and about two and a half in bad years. Almost everywhere I’ve been, it takes about six years if you’re using green manure/cover crops. In the meantime, before they start seeing the drought resistance, they start seeing increases in yields. That’s what keeps people using the system. In two years, you start seeing a dramatic increase in yields–maybe 50%.

I know that you’re not convinced that compost is something that smallholder farms need to use. Can you talk about why you don’t necessarily promote the use of compost in your green manure/cover crop systems?

We did a lot of composting before we started working with green manure/cover crops, and we still use it sometimes. Basically, composting is useful for kitchen gardens, for small scale high value crops like commercial vegetables or fruit. In fact, it’s tremendously useful; I highly recommend it in those cases. But composting on a large scale for smallholder farmers that don’t have tractors is just impossible. Forget it. You can’t make enough compost even with six months of labor to keep two hectares of land in good shape. Furthermore, if everybody started making compost to increase their soil fertility in a small village, the cattle wouldn’t have anything left to eat. Compost doesn’t create organic matter—it processes it, but it doesn’t create it. In contrast, green manure/cover crops create something from nothing, and that’s a huge difference when a large percentage of the material you’re going to put in your compost is otherwise serving as cattle feed.

What have you seen in terms of the regeneration capacity of these systems to address climate change?

We can, with an average green manure/cover crop system, sequester about six tons a hectare of soil carbon per year. That means that if all the the world’s farmers and ranchers used similarly effective systems, we’d be able to sequester in the soil at least 30% of all the carbon the Paris Accords would have us sequester by the year 2100. And this is in addition to what we would sequester in the trees we also use in the same systems. You know, the pessimism out there is mostly due to ignorance. We don’t have to be pessimistic about reaching the Paris Accords; we just need to get on the ball. 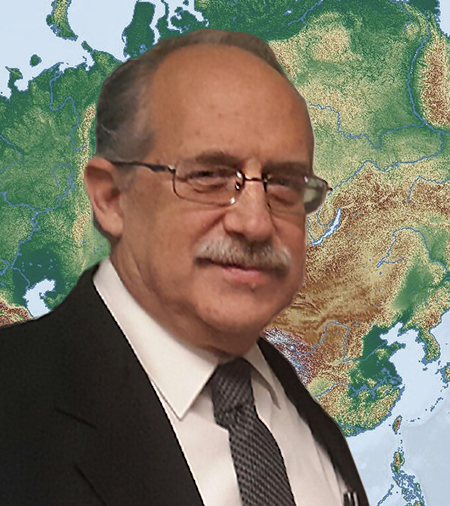 Roland Bunch, PhD is one of the most well-respected leaders in regenerative land management, both in terms of food security and for addressing ecological degradation and climate disruption. He has worked as a consultant in sustainable agricultural development for over 40 NGOs and governments in 50 nations, including Cornell University, the Ford Foundation, OxfamAmerica, Save the Children, CARE, and the governments of Guatemala, Honduras, Swaziland, Laos and Vietnam. He is the author of four books. His second book “Two Ears of Corn, A Guide to People-Centered Agricultural Improvement”, has been published in ten languages and is one of the all-time best-sellers on agricultural development programs in developing nations.