In 2016, I experienced a tremendous health collapse in my own life. I went through six conventional medical doctors and $50,000 in medical bills. I had been a high-performing businessperson up until that point, and found myself on medical leave, bedridden and unable to work.

I sought out a doctor who practiced something called functional medicine, which focuses on finding the root of whatever caused the breakdown in health. After numerous tests, it was discovered that I had chronic Lyme disease. The doctor explained that there was no pharmaceutical that he could prescribe that was going to instantly make me better. Through my work with him, I had to look at my body as a whole system and came to realize that food is medicine.

Food became one of my greatest healers.

But then I realized a larger, unsettling truth: Much of the food grown in this country isn’t the medicine it should—or used—to be. We’re collectively getting sicker, not healthier. And for others to have the same healing I was privileged to experience; we must start with the soil.

As a man named J.I. Rodale once said:

Last year, as part of my mission to heal the soil, the food that grows from it, and people who consume its bounty, I was sitting in Pennsylvania’s state capital building, meeting with one of our top state legislators. My mission was to demonstrate how the work of the nonprofit I was representing, Rodale Institute, was positively impacting farmers across the Commonwealth to move toward more economically viable and ecologically sound production models. Keep in mind that Pennsylvania is one of the leading states in the nation in organic production.

As my colleague and I were explaining the positive benefits of organic agriculture, the legislator stopped me mid-sentence and said “I don’t believe in that organic stuff. In the county that I come from, a carrot is a carrot, an egg is an egg, milk is milk”.

Dumbfounded, I stopped him and said, “Do you really believe that’s true?”

I could see his wheels turning, knowing that Rodale Institute sits on 40 plus years of science that would suggest otherwise. He paused, surveyed the room (including the eyes of his own staff) and said “No, that’s the stupidest thing that I ever said.”

Sad but true, that legislator’s original sentiment is the reality for most Americans. Living all too busy lives bombarded with marketing messages from manufacturers of cheap, convenient foods, we have become disconnected and divorced from the agricultural process, where our food comes from, and how that food was produced. So much so that we honestly believe that a carrot is a carrot, no matter how it was grown. 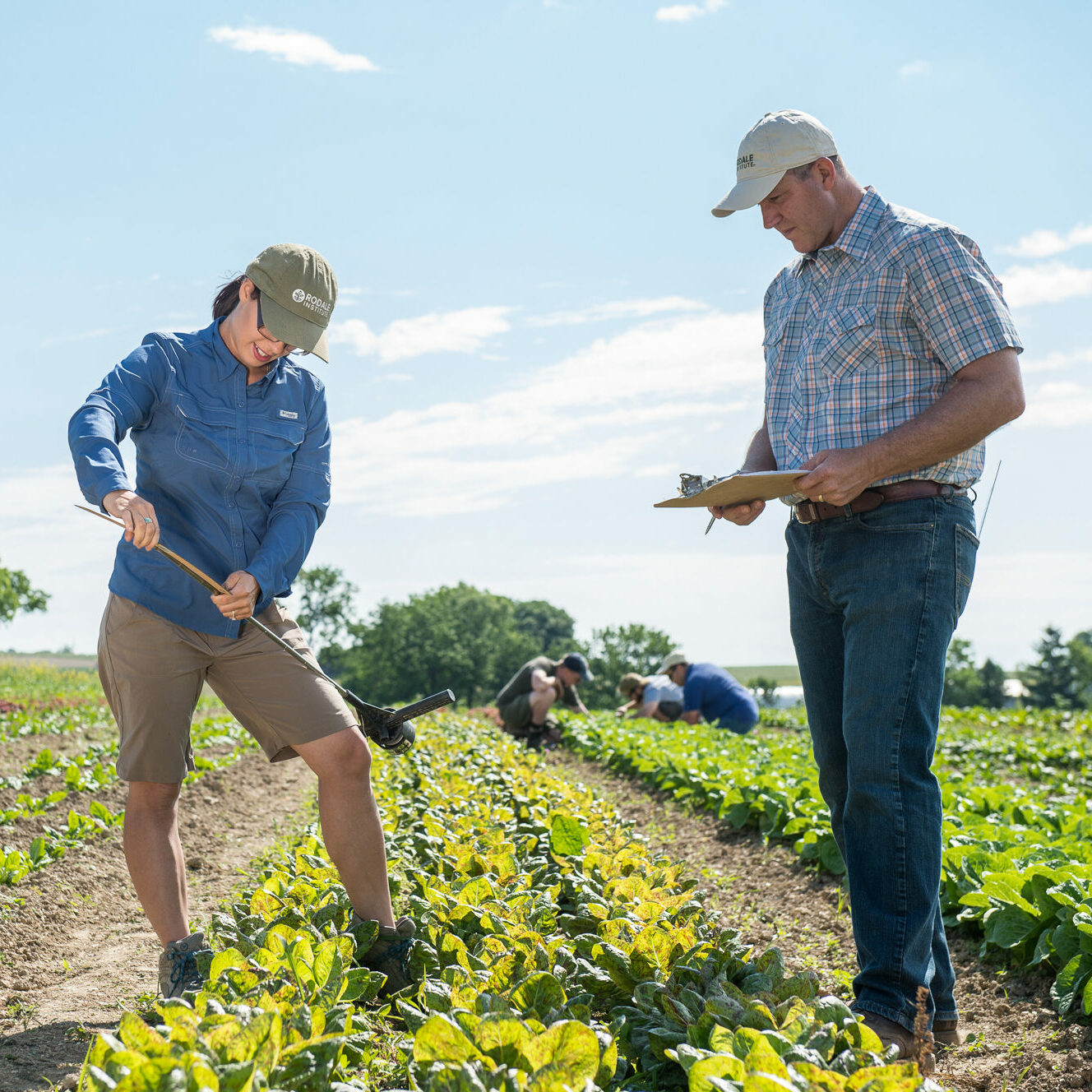 I promise you that is not the case. The Vegetable Systems Trial, housed at Rodale Institute, is a side-by-side comparison of conventional and organic methods for growing vegetables. VST is specifically designed to analyze nutrient density in the finished crops. It’s the first of its kind in the United States—no other crop comparison study has been focused on exploring the links between soil health and human health. Its revelations have been staggering.

The nutrient density of fruits and vegetables grown in the U.S. has been in sharp, steady decline over the past 50 to 70 years.

For example, over the past 50 years, the amounts of protein, calcium, phosphorus, iron, riboflavin and vitamin C in conventionally grown fresh fruits and vegetables have declined significantly.

That means many people today are struggling with “hidden hunger”—they’re getting enough calories but not the vital nutrients necessary for health. In other words, millions of Americans are now overfed and undernourished.

Ever since I experienced the transformational effects of food on my own personal health, I’ve been begging people to take a moment and think about where their food comes from and how that food was produced. Because once you see, you cannot unsee.

Whether through gardening, agriculture, or wellness, the fact remains that for many years it was hard to connect the source of our life-giving food supply with the massive grocery store chains our consumers are exposed to.

Last spring, during the onslaught of quarantine, we saw grocery store shelves go bare. Global supply chains were disrupted, and we saw the frailties in those systems become exposed. 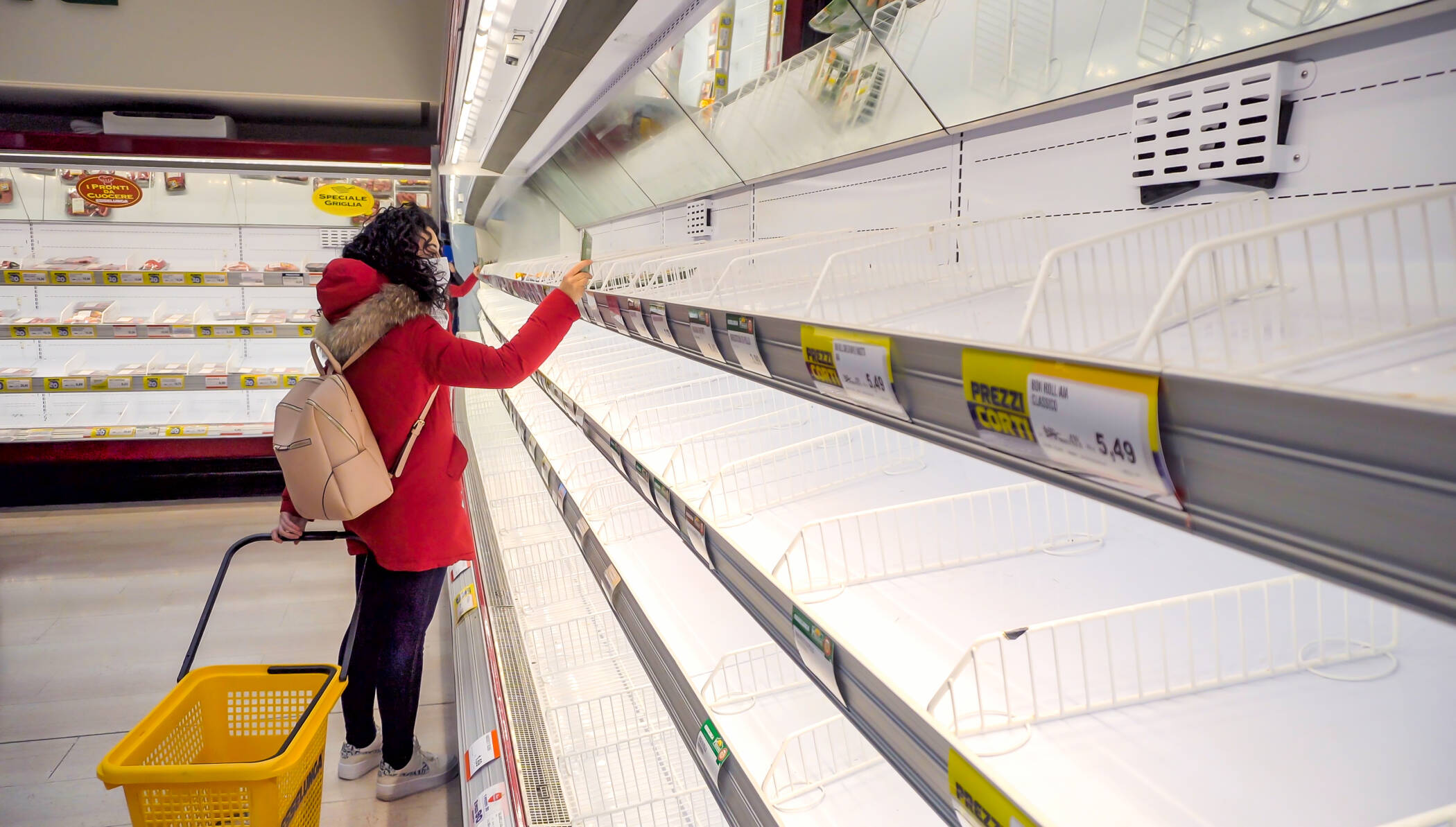 All of a sudden, from my seat at Rodale Institute in Pennsylvania, where the modern organic movement bloomed into a phenomenon, I saw a great healing emerge. A reconnection.

Suddenly, farm-to-consumer sales increased by 420%. Some 22 million new gardens were planted in the United States. Everyone wanted, needed to know exactly where their food was coming from, how it was produced, and how they were going to get it. Humans began to reconnect with themselves, each other, and the earth. We’ve begun to reconnect with the source of our health and vitality – agriculture.

The interest in and adoption of regenerative organic agriculture has been accelerated in the past 18 months in ways we never could imagine would happen this quickly.

A growing interest in regenerative and organic approaches to farming is burgeoning. Something deep within my soul is beginning to sense a great healing taking shape in the United States.

If you look back in history, any great healing or reconciliation (where there had once been division) began around a table. Food unites all of us.

I’ve sat at one of these tables. In early 2020, I sat at a farmer’s kitchen table in Emmaus, Pennsylvania—the town where Rodale Institute’s founder J.I. Rodale made organic farming the new wave in food and started a revolution.

I joined the leaders of Rodale Institute’s Organic Crop Consultancy, a program launched in 2019 that works with farmers all across the United States in an effort to empower them to transition to regenerative organic practices on their farms, improve the health of their soil, and (ultimately) help these farmers to create greater economic vitality.

The farmer I met with had been hesitant about transitioning to organic, but was spurred on by his niece, a new generation of land steward. We cannot deny that the winds of change are blowing. I saw it that day as the new guard convinced the old to consider the future of our health, and of the food system he had shepherded for decades of his life.

I know the power of food as medicine. I know the power of a farmer who is committed to doing the best he can for his family, his community, and his land. And I know that together, we can change the food system that is breaking those connections apart.

The net result of this work, besides being extremely fulfilling personally, is a growing domestic supply chain for organic food, improved ecological and human health outcomes, along with an increased velocity for acres being transitioned to organic production.

One example is through Rodale Institute’s partnership with Cargill where I have begun to see just how reliant we are upon one another for food, and how this reliance causes us to put our differences aside in the name of agriculture.

Rural and urban communities must realize that when it comes to food and agriculture, we are inextricably linked.

Take, for example, our struggling conventional grain farmers from the rural Midwest. As farming production models become increasingly commoditized, we are losing the family farm due to pressures from international grain markets. Yet, in organic agriculture, there is a great demand for domestic organic grain as more and more food companies respond to demand from consumers for organic food.

As the reawakening in our suburban and urban populations that I witnessed in 2020 is occurring, our consumers are waking up to the role food plays in human health, and so we are seeing a growing demand for organic food in the grocery store.

When the 32-year-old technology entrepreneur in Whole Foods or the first-time mother at her city’s farmers market purchase organic food products, it creates a ricochet of economic opportunity for our brothers and sisters in rural America to reinvent agriculture and to save their family farm.

Join us today. You can make a difference. I invite you to commune with the work of Rodale Institute and bring yourself down to the soil — from which all life springs.

When we begin to see the value that we all bring to the table, then we can sit at the same table, over a meal that binds us at a soul level. The great healing of our time begins in the soil.

Jeff Tkach is the Chief Impact Officer of Rodale Institute. Jeff is responsible for expanding Rodale Institute’s global influence in healing people and the planet by unlocking the transformational power of regenerative organic agriculture.

As Chief Impact Officer, Jeff leads the development and execution of the Institute’s core strategies, overseeing opportunities for partnership and co-investment that drive positive outcomes for Rodale’s philanthropic and programmatic initiatives.