A conversation with microbiologist David Johnson, PhD about the role of soil health in carbon sequestration.

We’re in the process of updating Rodale Institute’s Regenerative Agriculture and the Soil Carbon Solution white paper and we wanted to learn more about the very promising results achieved with your BEAM system (biologically enhanced agricultural management). Can you explain what the BEAM system is?

BEAM is looking at agriculture from a different perspective: instead of chemical, looking at it from a biological perspective, to enhance the microbiological soil profile. The farming practices we’ve adopted over the past 150 years have been damaging to soil microbial communities. The first thing they really wiped out was the fungal community, which does both logistics and communication in the soil system. If you wanted to start a war, what would be the first two things you’d take out? Communication and logistics; it would be crippling, and that’s what we’ve done in agriculture. From there, the herbicides we’ve adopted are damaging to the structure of the bacterial community as well. We’ve hamstrung the soils we’re working on, to where they’re now living on life support.

When we bring the soil biological communities back, they have a phenomenal effect on productivity. Soil is a living organism, and you have to feed this organism. That means you have to have crops growing continually, either a commodity crop or a cover crop. Crops shuttle the energy from photosynthesis down to the soil system, as sugars, proteins and amino acids, which allow these organisms to survive.

The soil community is not that different from us. We depend on energy from the environment we live in. If we don’t have much energy, we’re basically caveman. If we start to add energy into the system, we get the ability to reproduce better; a little more energy into the system, we start to see the dynamics of diversity, start to develop different talents; a little more energy into the system and we start to see a synergy, where we’re building up a complete community that has functions far above what any single organism would have. Since we have stressed the soil so much, we’ve really reduced the photosynthetic capacity of the soils. When we bring the biology back into the system, that capacity rises—we see more carbon use efficiency because a lot of the energy that’s flowing down into the soil is being turned into biological life. That biological life in turn harvests the elemental nutrients out of the soil parent material or fixes it from the atmosphere. We’ve observed that as you keep building this system up, it gets better year after year. I did an initial BEAM compost inoculation—not a lot of compost just a dusting—on a field and as long as we kept cover crops growing on it, the productivity improved year after year after year. We saw a five times increase in that field’s productivity within just a year and a half.

That’s a big increase in productivity. Was the difference between the treatment and control just the one compost inoculation? Or were the cover crop or other system components different too?

That’s just from the compost inoculation alone, the five times increase from the year and a half mark. The system started to rebuild itself. Now, in that experiment we were putting everything back into the soil because I was trying to see, if there was a price on carbon and a farmer was going to dedicate himself to getting paid for the carbon sequestration, what could he do if he just put everything back into the soil? That’s where I also observed a quarter percent increase in soil carbon per year.

In a different experiment, we are comparing conventional no-till corn production using 250 pounds of nitrogen per acre to a BEAM treatment, where we reduced that nitrogen by 85% down to about 38 pounds of nitrogen per acre and added two pounds of the compost per acre as an extract injected into the furrows as we planted corn. Through the microscope, we saw we were putting in about 80 million bacteria and 10 million fungal spores per square foot. At the end of the year, there was 218 bushels of corn produced on the conventional plot and the same amount on the BEAM using 85% less nitrogen. On the plot with BEAM only, no nitrogen, we saw a 6.6% reduction in productivity. This was with only one cover crop in the fall and then we came in with the corn planting. So, in the BEAM system there’s 140 plus pounds of nitrogen that came from somewhere. As you bring the biology back, you can start to forego a lot of the amendments you were putting in.

It seems like the BEAM compost is effective with just a one-time application. Why do you think this is so different than an average compost in terms of its practical application and longevity? Especially for smallholder tropical agriculture, making and moving enough traditional compost around is not technically or economically feasible, but maybe BEAM compost is?

Nature doesn’t go out and turn the compost pile, it’s a static process. That’s what we envisioned with the Johnson-Su Bioreactor compost. It’s static, so it’s never touched, never turned. We keep it at 70% moisture content, which is ideal for fungal growth, and we incorporate worms in it after the temperature gets down to 80 degrees Fahrenheit. It’s allowed to mature over one year and it will turn into a clay-like consistency that can be applied as an extract when planting. At this point, we do recommend applying it every year until we know more. It can also be sprayed on as a seed coating and the seeds are fed normally into a hopper at planting.

We designed the Johnson-Su Bioreactor to make fungal-dominant compost, and we wanted it to be accessible all over the world. Now it’s in India, Pakistan, Sri Lanka, Fiji, Africa, Chile, a lot of Europe, Russia, Siberia, Brazil and we’re starting to get positive reports back. It’s economical, and it kickstarts soil systems. We see a lot of happy farmers that have moved towards looking at soils differently, they’re more profitable, they’re more productive, it’s showing a lot of benefits.

On those benefits, what have you seen in terms of BEAM’s soil carbon sequestration’s potential to mitigate climate change?

Bringing the soils back, having them be more productive and having them capture more carbon will take care of atmospheric carbon easily. We can take care of fossil fuel emissions and it’s just a natural consequence of doing things right—getting the biology back and regenerating soil systems so they function properly. 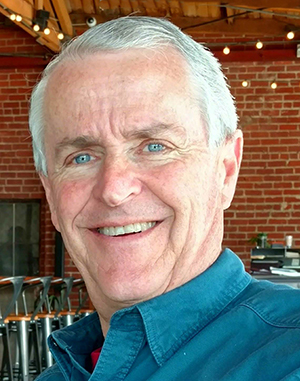