Despite uncertainty at the start of the coronavirus outbreak in early 2020—as restaurants, schools, and other institutions shuttered to a close—many organic farms have been bright spots of the COVID-19 economy. Nearly every organic category has seen year-over-year sales gains since March, and, with the pandemic radically reshaping consumer behavior, that growth could continue. Steve Lutz, senior VP of strategic insights firm Category Partners, says consumers are prioritizing immune health more than ever before, and expects this newfound focus to have a “lasting impact” on their spending habits.

Meanwhile, safety-conscious consumers are more wary about who is touching their food, driving direct-to-consumer sales such as CSAs. Even while COVID-19 has presented many challenges, these shifting consumer priorities have created new opportunities for farmers—particularly organic farmers, who can market themselves as a healthy choice, and has benefited farmers that can sell direct-to-consumer or had diverse markets already established. Here’s how a handful of organic farmers (members of the Organic Farmers Association) from around the country have fared: 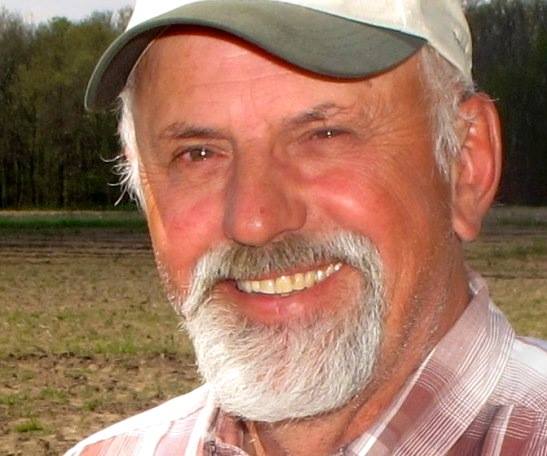 Farm Facts: PrairiErth Farm is a 480-acre multigenerational, diversified farm that sells “a bit of everything” through various channels throughout central Illinois and Chicago.

Experience: Bishop calls 2020 “interesting times, but good times as far as our business.” While their restaurant sales rapidly contracted, PrairiErth has more than compensated by expanding its typically 150-member CSA to 300, with 100 more now on the waiting list. PrairiErth grows some feed crops like corn, but they feed it to their own livestock or sell to local rather than commercial feed mills, sparing them reliance on the now-deeply disrupted “commodity crop structure.”

Takeaways: Bishop credits PrairiErth’s resilience to its “diversified” crop selection, customer base, and marketing. “Diversity is not only critical in regenerative production systems, but in marketing systems. Grow lots of things and sell them in lots of places,” he recommends. Bishop particularly observes many other meat farmers who work with commercial processors struggling with processing chain disruptions. “What do you do with a 280-lb hog that’s soon going to be a 400-lb hog [because there’s no big processors open]?” he asks. “I mean, this puts you in a horrible position… that highlights very clearly that if something goes wrong, the whole (industrial food) system has no way to adapt.” Finally, he says, “nobody overrules the consumer, so that’s where the power lies… we’re on the road to developing a more resilient, local food system, and we—the public—need to support it by how we spend our food dollars.” 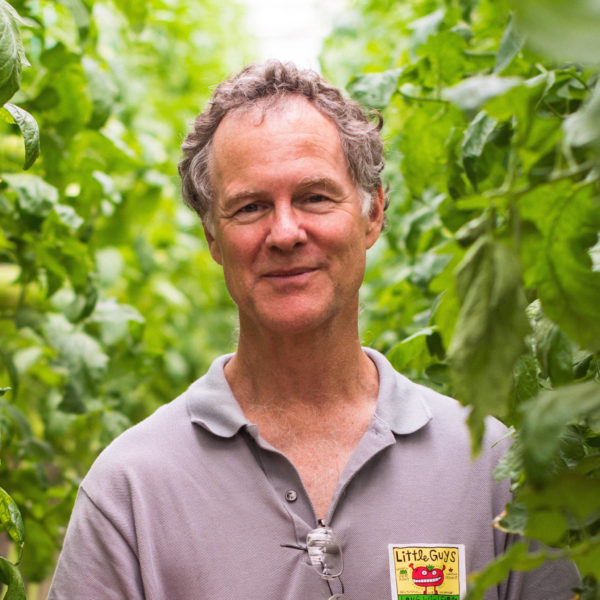 Experience: Chapman says Long Wind Farm was so well-poised to meet the COVID-era marketplace that no marketing changes were necessary. “The main thing we’ve had to do,” he jokes, “is learn how to say ‘I’m sorry,’ because we just can’t fill the [increasing] orders.” One challenge was finding enough workers to meet this surging demand. While some employees stayed home—especially the first month—Chapman managed to pay high-risk workers to stay home and give people “combat pay” for coming to work, with the help of the PPP. Chapman, one of the first wave of farmers to apply for a PPP loan, says he received it unusually quickly because he “worked with a local bank that was very committed to the process.”

Takeaways: “Surviving as a business is always a moving target,” Chapman says, which makes adaptability key. However, he thinks his existing business model is uniquely well-suited for current conditions: “We sell into the wholesale market as a small regional producer, and we’re big enough that the stores like dealing with us.” While Long Wind Farm easily found enough seasonal workers for harvest season, Chapman has seen many farms that typically rely on immigrant labor—particularly H2A workers—having much more difficulty due to border closures. “It’s a pretty gripping commentary,” Chapman observes, “that a lot of [American agriculture] doesn’t work without a labor force that, by and large, doesn’t have a path to citizenship, that’s treated as second—or third—class citizens, and that doesn’t have legal protections, including the right to come to work.” 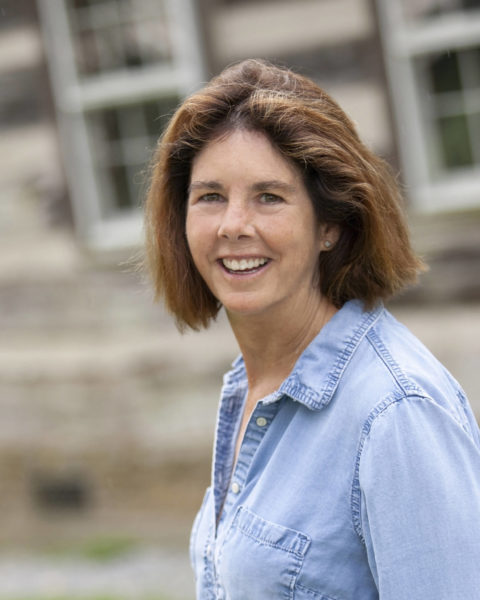 Experience: “The biggest challenge we had was shutting down our farm-to-table restaurant” mid-March due to COVID restrictions, Freeman says. Immediately, she recouped by turning the restaurant into a “farm grocery store” for her farm-to-table market products. “We took out all the tables, put in coolers, and started selling beef and early spring crops.” Unlike many of her beef-farming neighbors, Freeman has “gone local,” which she says has made her relatively immune to processing chain disruptions. “We have a small USDA beef and lamb packer who is open, though now absolutely swamped,” she explains.

Takeaways: Freeman says going local has helped her “pivot” to meet COVID-era realities by “creating a food system we can watch and manage safely.” “We are small and committed, with a great team spirit,” she adds. Further buoying Mt. Folly, like many local organic farms, was its permanent staff of 25 employees, who “became cross-trained on all sorts of projects… from salesmen and saleswomen helping the distiller, to chefs working in the garden.” 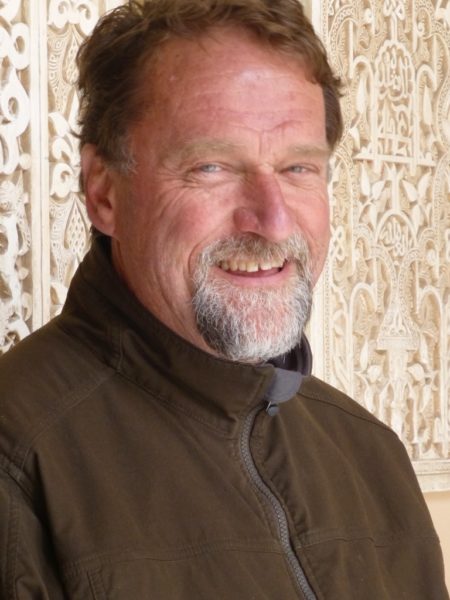 Experience: “It was hard to understand at first what we should do around all of this,” says Kimes, who initially lost roughly 30% of his business when Silicon Valley tech campuses shut down, decimating his wholesale food service demand. Nonetheless, due to its relatively self-sufficient production process—they pack their own greens, for instance—New Natives has mostly weathered the COVID storm, and, with the help of the Paycheck Protection Program (PPP), has retained its entire workforce. Kimes says it was “relatively straightforward” to apply for the PPP loan, but recommends applying to more than one bank, “having a good set of accounting books on hand,” and trying to get the loan from a local bank.

Takeaways: Kimes’ recommendations can be summed up by two words: “be nimble.” “An important thing,” he explains, “is that we sell to a lot of different channels,” many of which now demand rigorous food safety regimens to which New Natives had to adapt. “The more you can just embrace the new opportunities,” Kimes concludes, “the better it’s going to work out.” 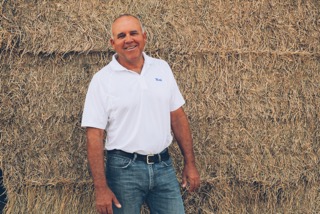 Farm Facts: Organic Pastures Dairy milks 714 pasture-grazed cows on 400 acres and produces its own line of raw dairy products, including milk, cheese, butter, cream, and kefir which they sell to 1300 grocery stores nationwide.

Experience: McAfee says Organic Pastures Dairy has “never had better sales or more enthusiasm.” He credits this success to consumers’ focus on immune system health, driving many to try raw milk for its probiotic richness. “That’s what’s driving our markets, because people don’t want to be a statistic in the ICU.” Because Organic Pastures processes its own raw milk, they have not been vulnerable to the conventional processing facility closures that have become commonplace due to the loss of food service market. Instead, they bottle their own milk, package it under their own brand, then deliver it to stores on their own trucks. This direct connection, McAfee says, enabled them to pivot when they realized, come late February, that their demand would outstrip supply. “We adapted literally within a day, and sometimes we would deliver our products to stores and they would say, ‘just put all of your products on all the entire shelf, and don’t worry about anybody else, because they’re not coming for another two weeks. And as a result, we picked up a lot of new customers.”

Takeaways: McAfee says the most important factor to COVID-era success for organic farms is “a consumer connection.” “When you truly listen to consumers and adapt to respond to them, you’re winning. But if you’re not connected to them, how would you know how to respond? So social platforms, an email address, a 1-800 number… are very important.” 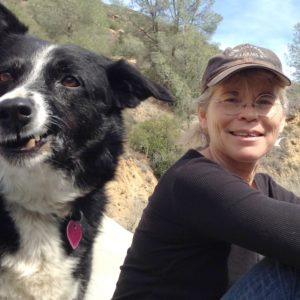 Farm Facts: Redmond is a co-owner of Full Belly Farm, a 360-acre northern California organic farm that produces vegetables, herbs, nuts, flowers, and fruit, which they sell both wholesale and retail.

Experience: “The challenge was to reinvent the way we farmed, marketed, did farmers markets, harvested vegetables—everything,” Redmond says. “It was hard for us to cover all the demands for communication from the public. We also had to deal with the mental health side of things—many of our employees were very frightened to continue work. We had to make sure our employees understood that the shelter-in-place still applied to them as soon as they got home… it was very challenging, with many uncertainties.” Despite these challenges, Full Belly Farm has thrived, especially its CSA, which by July had over 2000 people on its waiting list.

Takeaways: Redmond credits Full Belly Farm’s resilience to its “diverse marketing structure, with CSA, farmers markets, stores and wholesale outlets.” “When our restaurant and food-service business ended, we were able to fill-in elsewhere,” she explains. “We already have an on-line presence, so people could find us and order CSA boxes using our on-line interface.”

Most organic farmers seem to agree on one thing: that COVID-19 has exposed fundamental flaws in the food system status quo. Mark McAfee calls the pandemic “a national stress test on our food system [where] consolidated, huge industrial systems have failed” while local, organic, consumer-connected systems have thrived. While COVID-19 has been tragic, Bishop says, it has unexpectedly provided “a once-in-a-lifetime opportunity” to reevaluate our current food system and imagine how it might improve for the future, using the resilience and success of the many thriving local, organic farms as a blueprint.

This article was written for New Farm Magazine, the magazine of the Organic Farmers Association.  All OFA members receive a complimentary issue of New Farm annually. Join today.