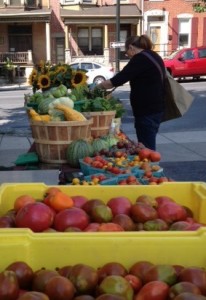 Community is not a warm and cuddly marketing concept attached to Community Supported Agriculture (CSA). It is, rather, a defining element. Yet in the past few years, some middleman food businesses have appropriated the term “CSA” to describe what they are doing, without involving community. This practice is leading to confusion and concern.

Initiated in America in 1986, CSAs are constellations of local farms, food and people who are united in an agrarian relationship for the health of people and planet, and their growing popularity has caught the attention of entrepreneurs. Many food delivery businesses have been started that claim to be alternative, more efficient CSA models, but which simply reintroduce the middleman into the local economy, standing between the farm and the people.

In the context of this trend, the term CSA is in danger of following the word “natural” down a mushy pathway to the realm of meaninglessness.

Food hubs and grocery delivery services focused on local food are providing an innovative and important service, obviously much in demand. With sophisticated web portals and tantalizing discounts, they will likely find increased market share in the years ahead.

Historically, processors and distributors held the power and dictated the terms to farmers. Aggregation businesses create markets for small-scale farmers, but primarily benefit middlemen, while once again relegating the risk of production to farmers and asking little or no commitment from consumers. However, sharing the risk of farming and building community are keys to CSA. 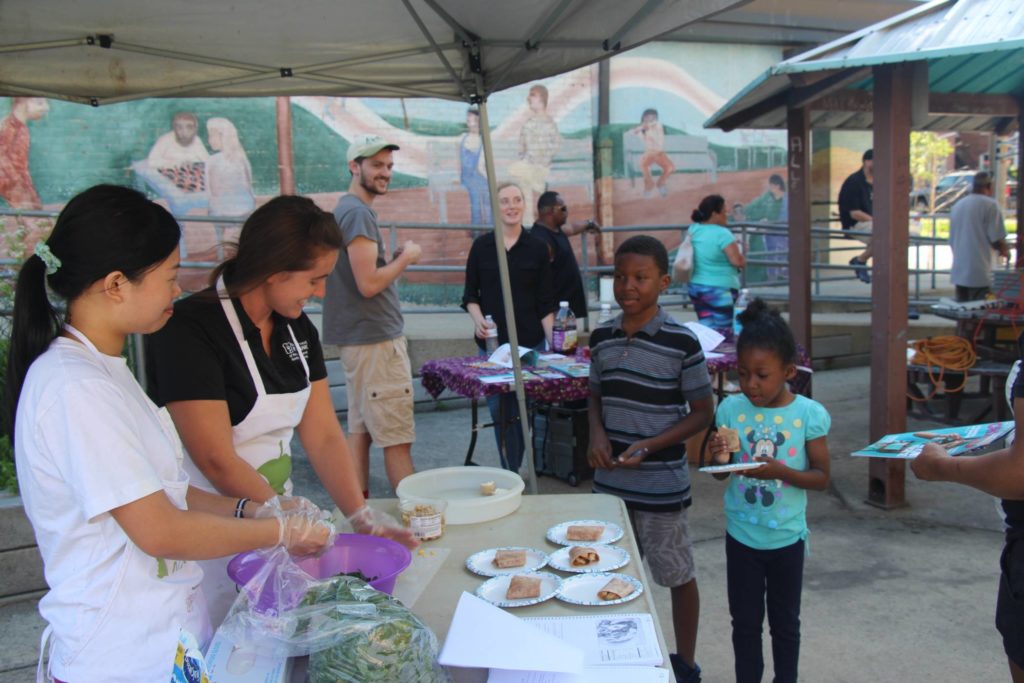 In a world with widely corrupted natural resources and increasingly extreme weather patterns, local farms and food appear destined to continue coming to the forefront. Across America, communities large and small are embracing local agriculture and establishing pathways and programs to boost regional food production.

What interested people in CSA at the start nearly 30 years ago was a fundamental recognition that our relationship with nature and the ways that we use the land will determine the future of the earth. Thus, ultimately, the problems of agriculture and the environment belong not just to farmers, but to all people. In the end, no one can escape responsibility for the well-being of the earth. CSA was intended to provide a direct pathway for every person and every household to participate actively through a web of relationships with each other, farmers and farms.

Many CSAs continue to build upon the essentials of the original vision and to innovate from that base of relationship, but much of this is lost at businesses that advertise themselves as CSAs. Low price and convenience are powerful motivators.

When I spoke with Marcia Ostrom, associate professor at Washington State University and a member of their Small Farms Team, she said, “A typical CSA provides produce from a single grower. This does not allow for the variety and selection many people desire, especially when produce options become limited during winter months.“

She observed that small, individual farms cannot produce the necessary volume required for these new markets, while commodity farms are not designed to produce the necessary quality. Farms of the middle, on the other hand, have both the capacity and flexibility to collaborate with each other and with other supply chain partners to respond to these expanding markets. As a result, food aggregators and food hubs have emerged. Sixty years ago, there was infrastructure to support family-scale farming; with the dominance of industrial food chains, that withered. Food hubs are part of rebuilding that infrastructure. The USDA is actively promoting the concept and says there are now more than 220 food hubs spread out across more than 40 states.

Food hubs coordinate all parts of a community-based food system, with an emphasis on efficiency. They aggregate food from local farms and market to schools, restaurants, and retailers. They also coordinate supply-chain logistics and network with distributors, processors and buyers.

As USDA secretary Tom Vilsack said in a May 2013 speech, “Skyrocketing consumer demand for local and regional food is an economic opportunity for America’s farmers and ranchers. Food hubs facilitate access to these markets by offering critical aggregation, marketing, distribution and other services to farmers and ranchers.“ 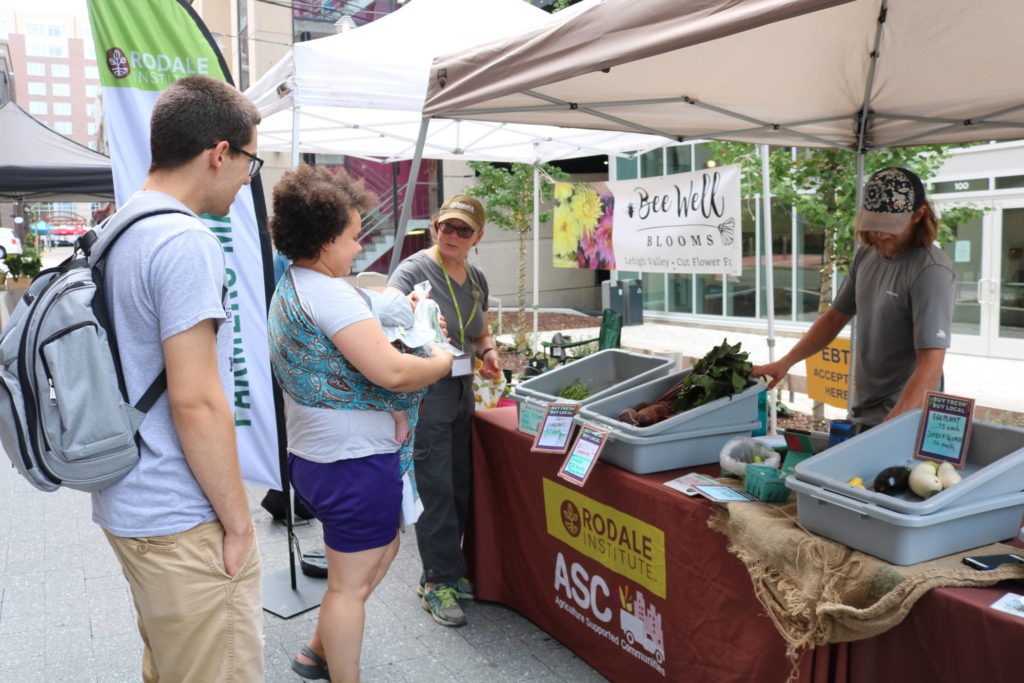 Many observers regard food hubs as the center of the new rural economy.

One such hub, a Kansas City food business called The Hen House Markets Growers’ Alliance CSA, came to my attention this year when it emerged as the focus of intense online discussion among a number of CSA farmers in Nebraska.

Hen House buys from many local farms and then distributes to people who have paid up front. They ask no commitment whatsoever of the “community” of consumers. The corporate involvement provides distribution, advertising and other overhead services that a lone CSA would find overwhelming. Hen House thus stretches the traditional understanding of a CSA and morphs it into an efficient business model.

Enterprises such as Hen House – and there are many of them emerging across the USA and Canada — raise questions: what is a real CSA? Can any food delivery service rightfully claim to be a CSA? Are enterprises that for the most part define “community” in terms of a market accurate or confusing when they use the term CSA?

Emily Akins of the Kansas City Food Circle, a nonprofit organization promoting a sustainable food system in the region, commented, “We love Hen House. It’s good because it provides a market for a lot of small-scale farmers, but we wish they would not use the term CSA to describe what they do. Consumers can end up thinking that CSA is just a way to get farm fresh food at the grocery store, while a traditional CSA is a relationship between a person and a farm.”

The popularity of the CSA concept has also spawned “box scheme” businesses that may have no farm base at all, but use the local farm cachet to lure customers to their box delivery schemes. Farmer Allan Balliett calls these “fake CSAs.”

According to Balliett, “a fake CSA exploits a consumer’s assumption about the value of a CSA.” He says they are misleading customers and diverting money away from local farms and from traditional CSAs. Feeling the impact of box schemes on his Fresh and Local CSA in Shepherdstown, WV, Balliettstarted a Facebook page to educate the masses about real CSAs. “If you don’t know your farmer you’re not really in a CSA,” he said. Box schemes, or subscriptions for weekly baskets of produce, ask little or no commitment whatsoever to the relationship. They are simply a new way of exchanging money for food. They establish no relationship between the consumer and the farm – no community.

For over 20 years, the Fair Share CSA Coalition in Wisconsin has been a pioneer in developing CSA. According to Executive Director Chris Brockel, CSA is much more than just a weekly delivery of food. “As CSA becomes a household name,” he said, “we’re seeing more and more versions of ‘CSA style’ businesses. CSA is about more than just getting vegetables –  it’s also about making a direct connection between consumers and farms, and making sure that connection is nurtured. Aggregation takes all of that out. The potential for connection is lost. Is that truly a CSA?” 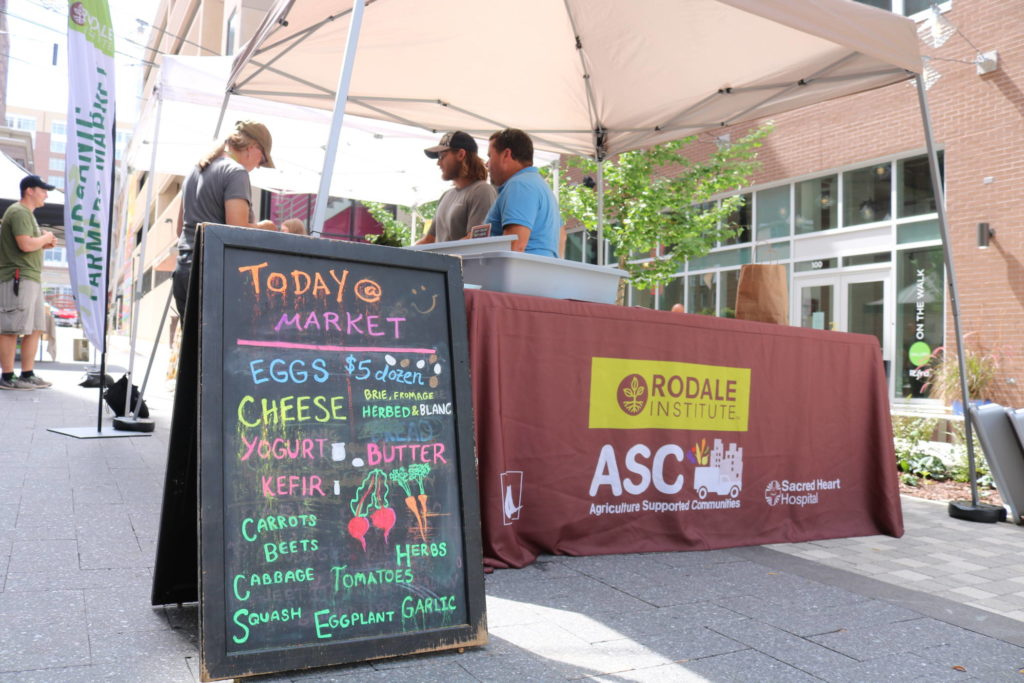 The USDA long ago published a general definition of CSA, but it is rarely noted. However, as of January 1, 2014, California’s Department of Food and Agriculture has established an official, legal definition of CSA (see below). The definition, which has a profoundly bureaucratic ring to it, bans use of the CSA term by anyone buying from wholesalers or not requiring advance payment.

The Community Alliance with Family Farms (CAFF) has formed a California CSA Network to link the over 250 CSAs in that state. CAFF organizer Rachel Petit said the use of the term CSA by aggregators definitely has been a problem in her state. She said the new legislation makes a clear distinction, but that it’s too soon to know what kind of difference it will make.

CSA got started not with a definition, but with a vision — a vision that was developed by a far-flung community of people. Many women and men contributed to building upon that idea. However, it was understood from the beginning that every farm and every community had its own particular needs and capacities, and that as a result, there would be wide variation in how the evolving concepts of CSA would be applied.

As CSA author Elizabeth Henderson has observed, “Reducing CSA to a mere food subscription scheme castrates the CSA model, taking away its power to create lasting relationships between the people who grow and eat food.”

The food industry has just scratched the surface of “locally grown” as a business concept, but seems intent on digging deeper. As the business aspect of local food grows in size and strength, will the community dimension of CSA continue to wither? That question will be answered not just by farmers, but also by the individual human beings who constitute the community.

Findings of the 2013 Food Hub Survey

“If you don’t know your farmer, you are not in a CSA” Facebook

The USDA defines CSA as “a community of individuals who pledge support to a farm operation so that the farmland becomes, either legally or spiritually, the community’s farm, with the growers and consumers providing mutual support and sharing the risks and benefits of food production.”

California’s legal definition of CSA restricts use of the term.  If there is a middleman, you cannot call it a CSA under Article 6. Community-Supported Agriculture 47060. For purposes of this article, the following definitions apply: