Over the last four weeks (read essays one, two, three, and four), we’ve covered a lot of material about the myths and truths of organic including:

But what about organic and your health? Is it true that organic can help prevent cancer and autoimmune diseases?

Here’s what we know:

What’s going on here? We’re treating our food with more chemicals than ever before and we keep getting sicker.

Many people choose organic to avoid additional chemical exposure and to fight back against a food and healthcare system that is no longer working.

Getting a Handle on Nutrition

But as far as the specifics of how organic foods impact overall human health, there’s a lot we don’t know.

Beyond the nutrition basics that everyone can agree on—eat more fruits and vegetables, go easy on the sugar and the trans fats—there’s almost no consensus on which diet is best.

Well, nutrition doesn’t exist in a vacuum, and that makes it hard to study the impact of an organic diet.

People vary widely in their genetics and cultural and environmental influences. Even if scientists could control the diet of study participants tightly, they can’t control how genetics contribute to nutrient absorption, for example, or the air quality a subject breathes during their day. All of those things can affect the results of studies looking at the effects of diet, organic or otherwise.

Researchers studying organic foods and diets have also been faulted for using biased samples (mostly women with few men, for example) or inadequate sample sizes. And sometimes studies aren’t conducted on humans at all but instead on rats or mice9, leaving firm conclusions about human effects out of reach.

As a result, research studies on the effects of an organic diet have been controversial. However, several do indicate that eating organic foods might be better for your health.

The International Agency for Research on Cancer

Researchers from the International Agency for Research on Cancer state: “There is limited evidence in humans for the carcinogenicity of glyphosate [the main ingredient in the herbicide RoundUp]. A positive association has been observed for non-Hodgkin lymphoma. There is sufficient evidence in experimental animals for the carcinogenicity of glyphosate.”10

As a result, they’ve classified glyphosate as a class 2A probable carcinogen.

The study also states that “there is strong evidence that glyphosate causes genotoxicity” (degeneration of cells).

However, in May 2016, experts from the World Health Organization and FAO determined that “glyphosate is unlikely to lead to carcinogenic risk for humans as a consequence of exposure through the diet.”11 Many have questioned the potential influence of Monsanto and agribusiness lobbying on the change.

Independent Research on Glyphosate and the Microbiome

RoundUp and glyphosate affect an enzyme in plants that the manufacturer insists does not exist in humans. However, one report finds that the enzyme is present in bacteria in the human gut and has concluded that contact with glyphosate can destroy intestinal villi, affecting nutrient absorption.12 For this reason, glyphosate exposure has been potentially linked to the rise of celiac and other chronic diseases including autism.

A population-based study of more than 68,000 French men and women over 5 years found a 25% reduction in cancer risk for participants who ate a largely organic diet.13

The study has been criticized for its largely female sample and for its assessment questionnaire. Additional research is needed to support the claims.

Research From UC Berkeley, UC San Francisco, and Friends of the Earth

Another peer-reviewed study found that switching to an organic diet reduced levels of synthetic pesticides found in the participants by 60.5%. There was a 95% drop in levels of malathion, a probable human carcinogen; an 83% drop in the neonicotinoid clothianidin; and levels of pyrethroids were halved.14 The study utilized a small sample of four racially and geographically diverse families.

Something in the Water

But what about other factors? We’re impacted by more than just what we eat. The air we breathe and the water we drink also affect our immune system and our quality of life. 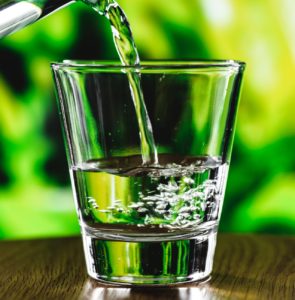 Organic production not only releases fewer emissions by avoiding nitrogen fertilizers15—it also keeps toxic chemicals out of the public water supply. A study in 2017 found neonicotinoids, a conventional insecticide, in treated tap water. Even worse, researchers found that the treatment process made the chemical’s compounds up to 300x more toxic.

Our own Farming Systems Trial has found that conventional systems leach atrazine, another toxic pesticide, into groundwater.

It’s difficult to design sound studies on the effects of organic vs. conventional food, and there’s an abundance of competing interests. Solid research on the subject will be hard to obtain.

Our Vegetable Systems Trial is designed to help fill in the gap. In this study, the first of its kind, we’re growing conventional and organic crops side-by-side under controlled conditions. We won’t be studying people, but this long-term research will give us a more accurate picture of any differences in nutrient-density between organic and conventional.

This type of controlled, long-term research is critical to future conversations on the links between agriculture and human health.

We need more research. In the meantime, your health and your family’s health is in your hands. You have the power to make informed decisions.

Pay close attention to the food you eat. How does it make you feel? Does anyone in your family suffer from chronic or autoimmune disease? Do you have a history of cancer in your family? Existing research does indicate that organic could help mitigate your risk against these conditions.

And what about the health of our water, air, and soil? Do you want to support a food system that depletes soil and pollutes the air and water, or one that restores biodiversity and builds soil health, sequestering carbon and restoring our natural landscapes? An unhealthy planet is unhealthy for everyone on it, and that matters.

The choice is yours.

Do you want answers about how organic impacts the planet and your body? Do you want to see a future where organic methods are proven and prioritized?

Donate to Rodale Institute today. For more than 70 years, we’ve been researching the most effective, efficient, and regenerative organic methods—and we’re expanding our research into human health.