Recently, the return to heritage breed farm animals has joined with the regenerative organic farm movement to work to improve the lives of the animals, the health of the soil, and the condition of our environment.

Rodale Institute has made heritage breed pigs the main focus of our pastured pork program, building a state-of-the-art facility to house pigs that were bred for foraging on pasture. This excerpt from photographer Aliza Eliazarov’s new book, On The Farm, celebrates the heritage breed pig and other farm animals of the backbone of a sustainable food system.

How Did We Get Here?

Today, more than ever before, we humans are questioning how our diet and lifestyle choices impact the planet. It can feel both confusing and overwhelming. In order to make informed decisions about the future, it’s helpful to first look at the past.

In the mid-1700s, the British agrarian Robert Bakewell came up with formalized principles of selective breeding still in use today. He began keeping detailed records of individual animals and their performance. A set of desired genetic traits not naturally found in the wild were bred for and fixed, from generation to generation. His ideas and practices spread wide and far, and by the end of the century the first herd book was established, and the concept of a breed was born.

What qualities were animals bred for? Traits that would increase production, such as longer and stronger wool, higher milk yield, increased egg production, and faster growth, to name a few. The best animals to breed also exhibited qualities that enhanced survival and self-sufficiency, including fertility, foraging ability, longevity, strong maternal instinct, and resistance to diseases and parasites. Many of the descendants of these animals are now considered heritage breeds.

After World War II, the Industrial Revolution had turned traditional farming on its head. It was believed that a more advanced food supply chain was needed to feed the growing world population. The goal: maximum output. In the 1950s, big companies became involved in the business of growing animals, eventually giving rise to what are now known as concentrated animal feeding operations (CAFO). On these factory farms, single, highly modified commercial breeds were developed and raised in massive warehouses and feedlots. Some of these overly specialized animals have lost the ability to mate, mother, forage, resist disease, and thrive in a natural environment.

This system provides us with a cheap food supply in the name of feeding the masses. It has become the norm, but at what
cost? Populations of all other livestock and poultry breeds have plummeted, many to the brink of extinction, creating serious threat of biodiversity loss in our food supply and increasing global food insecurity.

As industrial agriculture has grown, other folks have pledged to farm in ways that work in harmony with nature instead of against it. Many of these farms are in fact restoring and improving the land and ecosystems. Organic, biodynamic, sustainable, pasture- raised, and regenerative farming are some of the terms used to describe these methods. By keeping rare and heritage breeds alive, these farms are providing healthy and ethical food options while building biodiversity and global food security.

Pigs are smarter than your dog, trainable and affectionate. They are the original zero-waste, sustainable-living gurus on the farm.

Wild boars were first domesticated around 10,000 years ago in the Fertile Crescent and 8,500 years ago in China. Because they’re fast growing, with short pregnancies and large litters, pigs quickly became a reliable source of lard and meat.

Hernando de Soto brought Spanish pigs to Florida in 1539, then introduced them all over the South, where they thrived. Later they were joined by British breeds brought over by English settlers to Jamestown and New England. Those early days were hog heaven! The free-ranging population of troublemakers wreaked havoc, eating anything and everything they could find. When kept on the farm, however, the smart hog can be the farmer’s best bud, earning its keep by turning the soil, killing vermin, consuming waste, and ultimately feeding a family for months.

A handful of common industrialized commercial breeds dominate the population on factory farms, but more folks are beginning to realize that pasture-raised heritage breeds are far superior, and an overall better choice for many reasons.

Alice is a Tamworth living at Plimoth Plantation, the famous living history museum in Plymouth, Massachusetts, where actors in period clothing reenact the daily life of Pilgrim settlers in the 1620s. Historically accurate breeds of livestock and poultry live on the plantation as well. Alice gets to play the part of a pig, wallowing in the mud and rooting for food. Luckily, the role comes naturally to her. Tamworths are an ancient British breed with long snouts and lovely long legs. They’re hardy, smart, and, it turns out, superb actors.

Ethel, a Gloucestershire Old Spots sow, lives on the Hampshire College Farm. She’s a British breed developed in the 1800s. Smart, and cute with those giant floppy ears, these easygoing pigs were popular in England until after World War II. Alas, as small farms faded, so too did the Old Spots. Today, their status is threatened, meaning their global population is less than 5,000.

This content is adapted from Aliza Eliazarov’s new book On The Farm: Heritage & Heralded Animal Breeds in Portraits & Stories. 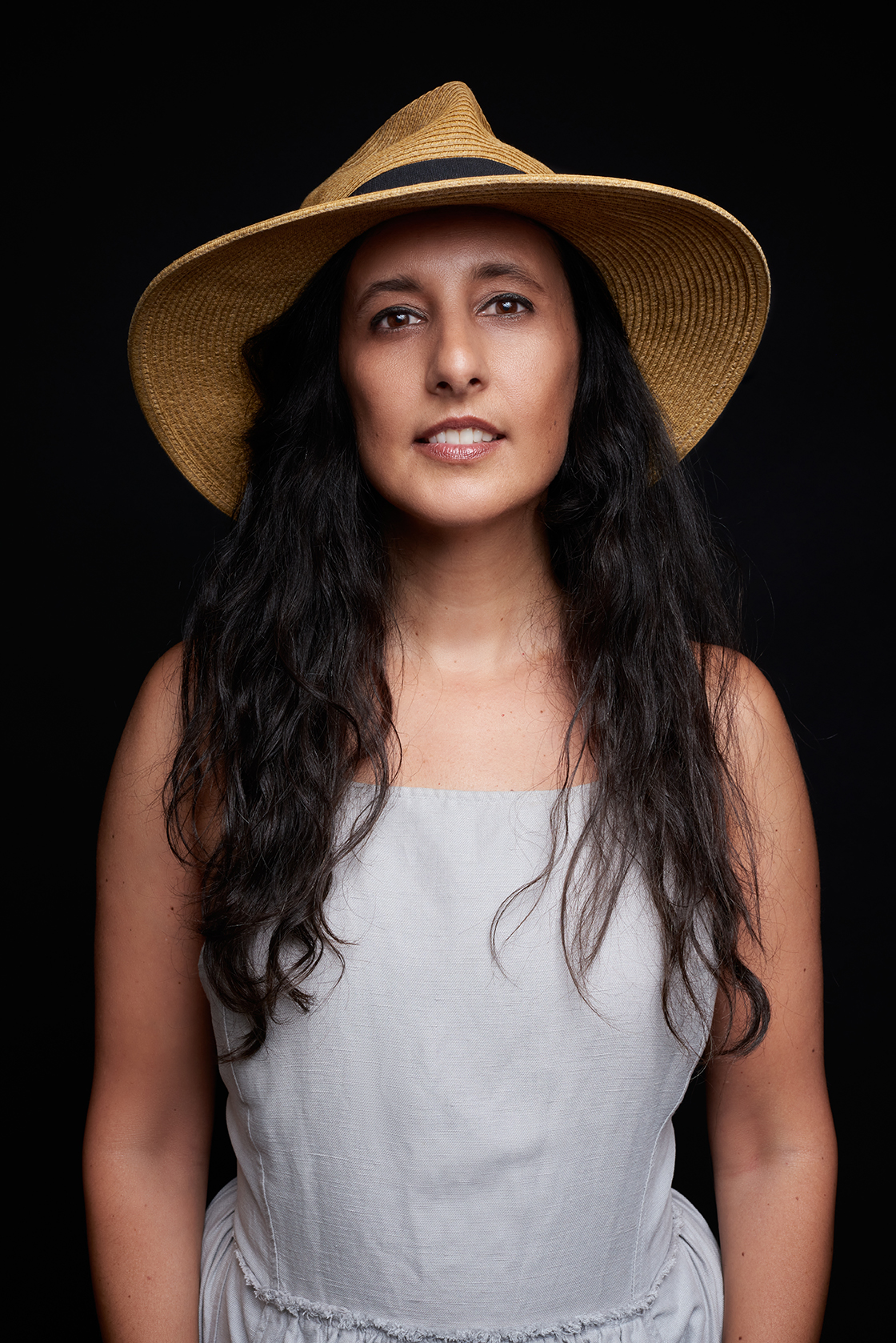 Photographer Aliza Eliazarov’s passionate exploration of food issues, farming, and animals has led to numerous projects, exhibitions, and publications including in the Atlantic, Washington Post, Saveur, and Food & Wine. Aliza is best known for shooting the award-winning cover stories for Modern Farmer magazine. Her talent for connecting with seemingly common farm animals in uncommon ways is revealed in her moving portraiture. She’s as happy as a pig in poop (while in fact lying in it) looking through her lens and falling in love with every duck, donkey, and goat she meets.