by Matt Sircely, in collaboration with OMRI

For beekeepers, everything revolves around varroa mites, says researcher Robyn Underwood of the López-Uribe Lab at the Penn State University Department of Entomology. “All you hear is horror stories,” she says, noting that every beekeeper “does their own thing” in response to the constant pressures of infestation. Treatment options vary from chemicals to mechanical manipulations. Some prefer no treatments at all. Many beekeepers only feel comfortable with products that are “soft,” such as organic acids or products derived from essential oils.

Some beekeepers are breeding to build resilience by focusing on resistance to mites and the strength to overwinter. The final recommendation from the National Organic Standards Board (NOSB) includes a cap on the introduction of replacement bees at 25%, which prioritizes hive resilience. The organic criteria allow both organic and non-organic replacement bees, and nearly all mail-order, packaged bees in the U.S. come from large, conventional operations. “They are not really meant to live in the north. A lot of them die every year, so it’s like a treadmill of bees,” says Underwood. Bees with stronger genetics are usually “very expensive and highly sought after.” When asked whether she anticipates wider commercial availability of bees with stronger genetics, Underwood adds, “I’m very hopeful that that will happen.”

At Rodale Institute’s treatment-free honeybee conservancy, resident beekeeper Mike Schmaeling prioritizes resilience. His mentor, Kirk Webster, is renowned for decades of work breeding Russian queens. In addition to sourcing vibrant genetic stock, Schmaeling developed innovative breeding techniques to better isolate mating when “splitting” colonies. Last year, he says he roughly tripled his colonies, which then suffered 50% mortality. This year, he went from 20 colonies to 189, and he estimates approximately 83% of his colonies will emerge from winter. “People from all over are contacting me. Local bee clubs want me to come talk about what I’m doing.”

Schmaeling avoids pesticides. Mites can build up resistance since they grow and mate quickly, he says, and operators often “switch up their treatments.” For beekeepers who prefer treatments, pesticide options include products derived from essential oils, or the careful use of formic acid vapors with protective clothing. “I’m not opposed to telling people who are keeping bees in their backyard to use organic treatments if they don’t have any other way to treat their bees, or don’t have any breeding system,” he says. “I’ll try to inform them as much as I can.”

Like most beekeepers in North America, Schmaeling’s bee yards cannot achieve organic certification because of the surrounding land. He estimates only one percent of the nation’s farmland is organic, and he says he witnessed dramatic effects on offspring following an episode of GMO pollen contamination. Challenges like these heighten his determination to strengthen and diversify his families of bees. “I’m not going to focus on why the bees are dying, I’m going to focus on why my bees are surviving,” he resolved early in his beekeeping experience. Schmaeling adds that organic treatments are “much softer” than conventional, and there is growing consumer concern about conventional honey production. “That [organic] is going to be the future of beekeeping.”

With a unanimous vote in 2010, the NOSB sent a final apiary recommendation to the National Organic Program (NOP). The NOP later highlighted development of the apiary standard as a priority item in its 2015–2018 Strategic Plan. With the formal rule under development, certifiers typically reference the final NOSB recommendation alongside existing organic livestock standards when responding to client inquiries. Jen Berkebile, Materials Program Manager at Pennsylvania Certified Organic (PCO) explains, “PCO initially based our internal apiculture standards on the NOSB recommendation, although they may vary slightly from the NOSB recommendation because they did go through our standards committee for discussion and approval.”

“The recommendation was issued by the [NOSB], which is made up of people who represent all facets of the industry, and then put out for public comment,” says Renee Delaney, who supervises the CCOF Certification Services livestock department. “Without reinventing the wheel, we tell clients: ‘We’ll be using the recommendation as our internal policy to verify compliance’.” The most difficult criteria has been land mass, she says. “First is, can they certify the forage zone, which is a 1.8-mile radius from the edge of the actual bee yard?” A surveillance zone extends 2.2 miles beyond the forage zone, “defined as not containing high-risk activities,” such as a landfill or treatment plant. When assessing forage, certifiers evaluate the probability of bees accessing the more distant surveillance zone—high-quality and consistent floral blooms nearby enable bees to stay closer to the hive. Some operations seeking certification are adjacent to expansive wild areas. Parts of the Hawaiian islands are famously free of risk factors, such as GMOs and mites.

Bees and the People That Keep Them

Underwood and her colleagues at the López-Uribe Lab published a study in January drawing on national survey data to compile an unprecedented analysis of beekeeper attitudes and management practices across the spectrum [1]. “It was a study of people instead of bees,” she laughs. “We were able to categorize the beekeepers into different groups like conventional, organic and natural,” based on a survey question that enabled respondents to self-select one of the three categories. In the study, “organic” refers to beekeepers with chemical-free attitudes who are willing to treat with a substance like formic acid, while “natural” refers to beekeepers who are largely treatment-free. 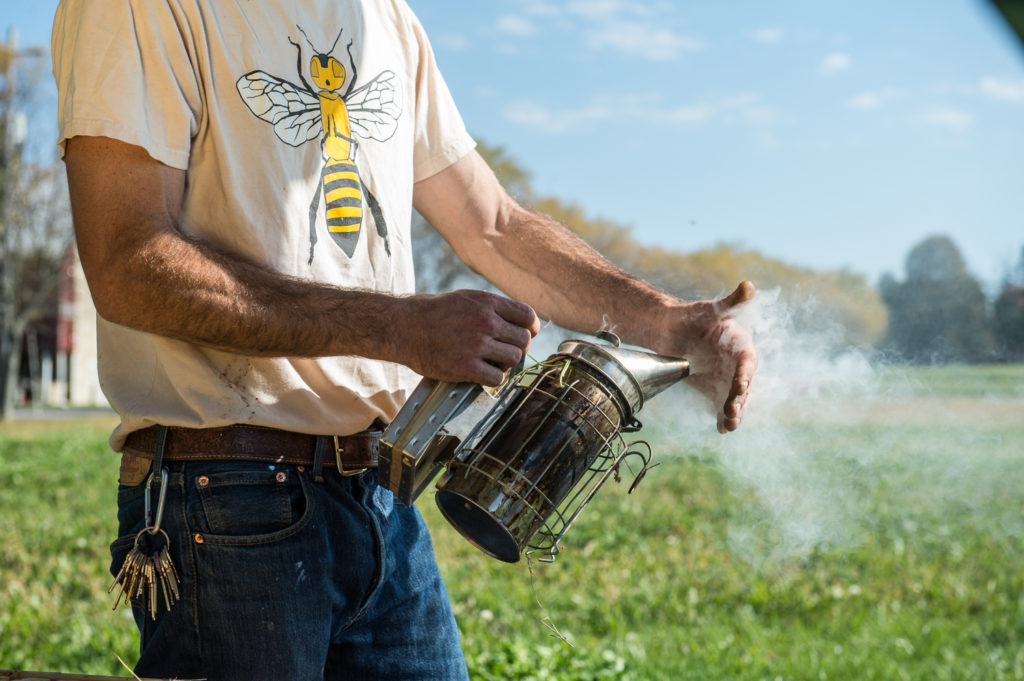 “Having resistant stock is your number one,” Underwood says. “Then you can decide on which equipment to use for them.” Treatments for mites include mechanical manipulations of the hive boxes, such as trapping the mites in wax and removing them (together with infected drone bees). Some are as simple as a bottom screen which helps mites to exit the hive when they fall. Small changes in the size of the original hexagon—the foundation of the honeycomb—can also yield results. A “small-cell comb,” she says, “is supposed to be more natural, like what the bees would’ve built on their own.” An imprint that is 10% smaller means the bees grow more quickly, and that can reduce the number of mite reproduction cycles. She has also heard from beekeepers about the overall performance of smaller bees, which is something she would enjoy looking into.

Underwood and her colleagues are currently one year into a study, which will be conducted through 2020, that performs side-by-side comparisons of three different management systems to collect “data on the health of the honeybees if you act like a conventional beekeeper, an organic beekeeper, or a treatment-free beekeeper.” All bees in the study are descendant from a feral colony that had been found in a wall and removed to a hive. “They’ve been able to survive without any treatments in Pennsylvania for at least seven years.” Instead of focusing on one particular treatment or manipulation, the current study will assess the combined effects of multiple techniques simultaneously.

Meanwhile, at Rodale Institute’s honeybee conservancy, Schmaeling is building hundreds of boxes with the goal of tripling his hives to 500 colonies this year. “It’s so much more fun by breeding your bees, breeding the stock that’s on your land.” Hives that overwinter for a few years are special, he says, encouraging beekeepers to split colonies and raise queens. In the end, beekeeping is always mysterious. He gave an elder beekeeper friend three colonies last year, which the beekeeper treated with what he described as an essential-oil-based menthol treatment. All three colonies still died. “He’ll tell you, in his 87 years of beekeeping, he hasn’t figured it out yet.”

This article was finalized before the April 2019 NOSB meeting, and does not reflect any policy changes that may result from that meeting.

Learn how you can become a successful treatment-free beekeeper >> 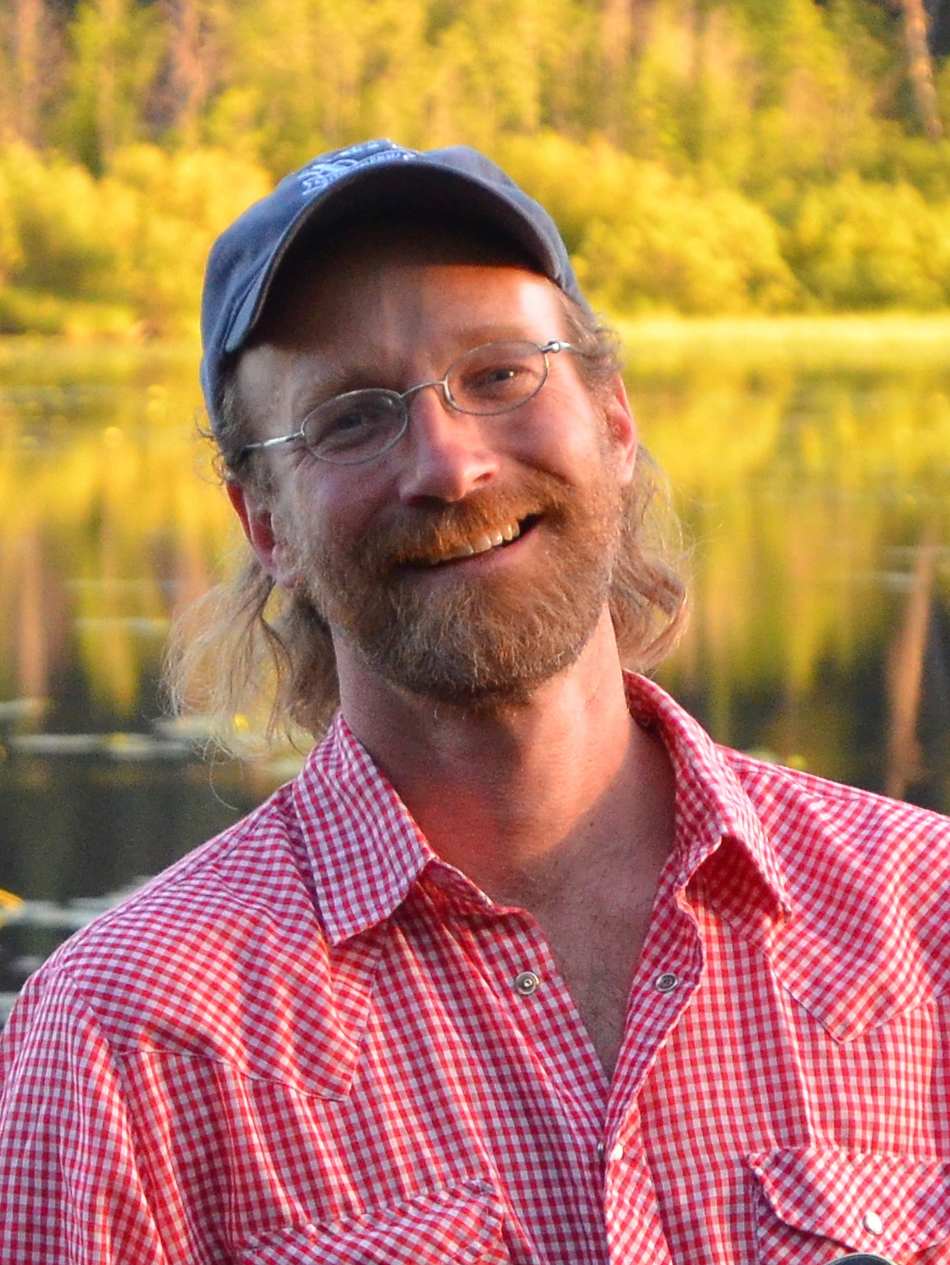 Growing up the son of two journalists near New Hope, Pennsylvania, Matt Sircely received early introductions to the flurry of the newsroom, as well as his family’s vibrant backyard garden. At the age of three, he loved riding atop the neighbor’s tractor. Now a musician and writer, Sircely performs as a songwriter and mandolinist, and his music writings often appear in the Fretboard Journal. Since 2006, Matt Sircely has been a frequent contributor to the OMRI Materials Review newsletter. Matt programs music at his local farmers’ markets on the Olympic Peninsula, and his backyard garden is frequented by pollinators.