“You can’t be afraid to expose yourself to new ideas,” John Biernbaum tells us whimsically as he presents a photograph of the rear view of a barelegged man holding open his trench coat to a facing sign reading “New Ideas.” Thus begins a fun-filled day at Organic University, the pre-conference program to the 2005 Upper Midwest Organic Farming Conference.

Biernbaum is professor of horticulture at Michigan State University, where he is also the advisor to the Student Organic Farm, a 48-week CSA developed and operated almost entirely by students. Under his guidance, the Student Organic Farm is now in its fourth season of research and second year as a CSA. It serves as a place not only to produce food but also to practice new farming methods.

While most of the 60-member, sold-out-in-advance audience has either decided to build a greenhouse or is looking for ways to improve their greenhouse crop production, the whole concept of greenhouse vegetable production is fairly new to me. I am a neophyte (a fancy way to call myself inexperienced) to greenhouses, and just as Biernbaum advises, I am ready to expose myself to this new idea in farming.

Fortunately for me, Biernbaum starts at the very beginning by defining a greenhouse. For the sake of the workshop, he explains, he will use the term greenhouse broadly, referring to greenhouses, high tunnels, and hoop houses (though each structure can be unique, he says). Greenhouses are gothic or Quonset structures with end walls and a double-layer polyethylene inflated roof. They are well-sealed against winter weather to encourage year-round growing, and they may be heated. High tunnels are generally smaller, single-layer, film-covered, cold frame structures or multi-peak single-layer structures, often with limited structural end walls. Hoop houses are like greenhouses, but they may be covered with single- or double-layer inflated film, may have minimal end walls, and are usually unheated. All three may have roll-up sides for summer ventilation. 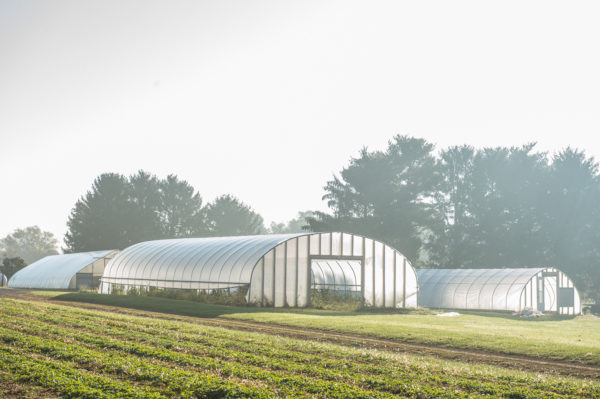 With those distinctions made, we are ready to delve into Biernbaum’s first topic of the day: site selection.

“The first step in effective greenhouse vegetable production is selecting a greenhouse-friendly location,” Biernbaum tells us. As I am about to discover, choosing a site requires more than just finding enough room to build a structure. Biernbaum describes four major components of a good greenhouse location.

First, Biernbaum tells us to think about drainage.

“Water removal is crucial! I can’t stress that enough,” he says. The Student Organic Farm had no drainage system its first winter, he says, and the crops paid the price during the spring thaw. The lower end of the greenhouse flooded, and production was weeks behind.

It is best to build your greenhouse on elevated ground so runoff flows away from the structure, Biernbaum advises. Don’t forget about the extra water coming off the roof either, he says, especially if you have heavier soil.

If no slope can be achieved, he explains that it is critical to provide drainage pipes.

“To solve our flooding problem, we installed four inch drain lines around each house,” Biernbaum explains. “The lines are covered with crushed gravel and have eliminated flooding while also deterring tunneling rodents and preventing grass from growing into the houses. Whaddya know. Solutions to two challenges I never knew might exist.” Now with the addition of 4-inch drain lines around each structure, the greenhouses at Michigan State University’s Student Organic Farm no longer flood during spring thaw, but instead grow a plentiful harvest. 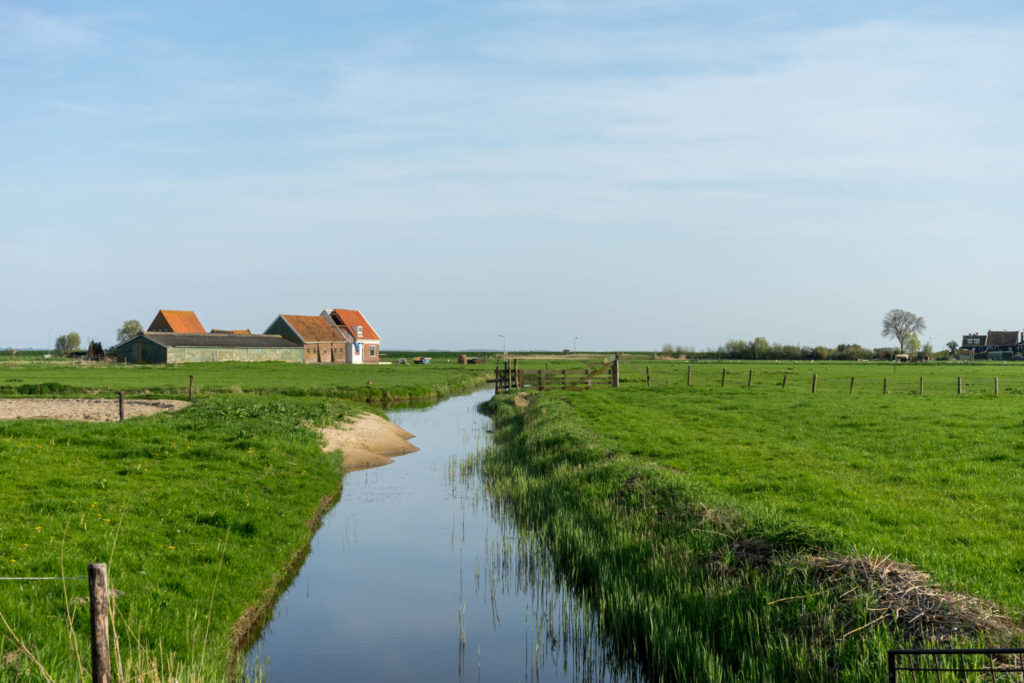 Getting (and plugging) in

Next, Biernbaum tells us to consider the accessibility of the greenhouse site—to both people and utilities.

Make certain, he says, that the roads leading to your greenhouse are suitable for all seasons (remembering that they may be used twice daily to manage frost fabric, to roll up the sides of the house, or to open the end walls for ventilation).

Irrigation water is necessary in the winter; therefore, frost-free hydrants (in USDA Cold Hardiness Zones where appropriate) and 4-feet-deep water lines were installed. Remember to backfill with gravel around the base of the hydrants so they drain well, he says. The farther a water source, the more hose necessary to adequately drain at each irrigation, Biernbaum. You may also need electricity for the inflation of polyethylene and/or for heat, he says, and will require a tank or line for propane or natural gas (more about these choices later).

Also, Biernbaum advises to make sure you build your greenhouse where you will have easy access to a washing and processing area and to your storage cooler or root cellar.

“While an east-west orientation works best in most northern latitudes, there may be some exceptions,” Biernbaum says. “If heavy snow is an issue and wind can help move the snow away, an alternative orientation might be used.” According to Biernbaum, if you will be doing winter farming, you want to orient the greenhouse to maximize light interception during the winter months (orientation refers to which way the ridge of the greenhouse runs). At northern latitudes (above 40 degrees), he says, an east-west orientation works best to catch maximum light during winter. With an East-West orientation, the winter light will penetrate the length of the south side of the greenhouse instead of shining through from the end.

You should also consider the direction and strength of the wind, he says, as wind may play a key role in the preferred orientation of your structure. Wind blowing over a greenhouse is like wind going over an airplane wing, and while you can modify impact with windbreaks, wind is still something to keep in mind. He adds that if your greenhouse is in warmer or southern latitudes, a north-south orientation may provide good light and the best ventilation.

It is also important to consider shadows and shade from trees, hills, and buildings, including the shadows one greenhouse may cast on the next. Shade limits the amount of sun your greenhouse receives, thus limiting its production. Remember, he advises, that shade lines differ between summer and winter, and that the longest shadow day is December 21. When selecting a site, Biernbaum recommends that the greenhouse be located at a distance equal to at least twice the height of any potential shade source.

And of course, you want your greenhouse site to have either excellent soil quality or the potential to become so. If the area is already cultivated and the soil is healthy, Biernbaum says, little preparation is required.

If you have growing experience, he says, the easiest way to determine soil quality is to let some crops do the analysis for you. Nutrient and texture analysis are also possible if you don’t have experience; while this gives you immediate answers regarding the quality of your soil, you’ll have to invest $30 to $50.

“If you have the time and experience, work up the ground and plant something and see how it grows,” Biernbaum says.

Unless you find a site with exceptional soil quality and natural drainage, Biernbaum recommends choosing a greenhouse site at least one year before building the structure so you have adequate time to improve land and reduce weed pressure.

“If the site is in sod or pasture and has not been cultivated, it is particularly important to start in advance so the sod has time to break down,” Biernbaum tells the class. “Plowing or tilling is one way to break the sod, although sheet composting [thick layers of mulch] without cultivation is also an option. Regular cultivation and irrigation will help reduce the weed seed bank, and additions of organic matter from green manure or compost helps build soil organic matter and nutrient availability.”

Biernbaum closes this section of his lecture with a final site-selection consideration: “Greenhouses with posts pounded into the soil are generally considered temporary structures with regard to taxes, but zoning ordinances are often done on a township level, which means sometimes farmers need to be ready and able to explain things.”

Whew! Lots of thought goes into just choosing and preparing a site, and that is the easy part! Next, Biernbaum will talk about constructing a greenhouse. I flip to a fresh new page in my notebook, lean back in my chair, stretch my arms out a little and prepare to expose myself to the next step.