With the 2018 Farm Bill officially passed and awaiting President Trump’s signature, much talk has been about one specific topic in that 807-page document; hemp. The 2018 Farm Bill has the language which redefines hemp as an agricultural commodity, explicitly removes hemp from the purview of the Controlled Substances Act and the jurisdiction of the Drug Enforcement Administration, thereby paving the way for a massive expansion of economic opportunities across all sectors of the hemp industry.

What does that mean now that hemp can no longer be misconstrued as being a controlled substance? Well, by removing hurdles to federally regulated institutions such as banks, merchant services, credit card companies and advertising platforms, hemp cultivators will be able to participate in the national economy fully. Further, due to the regulations, mass-market retailers like Walmart, Whole Foods, Target, or Costco who may not have yet offered CBD products to their consumers may very well be making shelf space for a CBD or hemp-derivatives category next year.

Under the provision, hemp farmers will finally be able to access needed crop insurance and fully participate in USDA programs for certification and competitive grants. Using available data for 2018, the Hemp Industries  Association (HIA) estimates there are upwards of 1,200 licensed U.S. hemp farmers operating on over 40,000 acres, along with hundreds of processors across the nation. The new Farm Bill opens the floodgates to domestic production, economic stimulus, job creation, and non-reliance on foreign sources.

The United States is currently the largest importer of hemp goods in the world. The hemp market generated over $820 million in sales in the U.S. in 2017, up from $680 million in 2016, and is expected to swell to $1.9 billion by 2022. Just under 10,000 acres of hemp were cultivated in the U.S. under agricultural pilot and other programs in 2016, and that number more than doubled to just under 26,000 acres in 2017.  Think of all of the tax revenue, jobs, and local economy spending that that growth will stoke once prohibition is ended.

The HIA sees this bill as a giant leap forward for hemp cultivators and entrepreneurs. 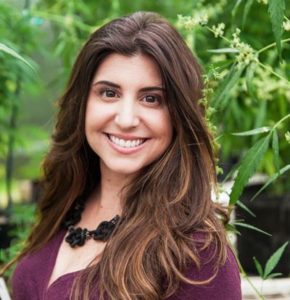 The Hemp Industries Association (HIA) is a non-profit trade association representing more than one-thousand supporters, farmers and business members serving the hemp industries since 1994. The HIA stands for the fair and equal treatment of industrial hemp and it's opportunities in agriculture and in the marketplace. The Association is dedicated to education, industry development, and the accelerated expansion of hemp world market supply and demand but is focused on the rebirth of the hemp industries in the United States.