A conversation with soil ecologist Francesca Cotrufo, Ph.D. about the role that soil plays in trapping atmospheric carbon.

We’re in the processes of updating Rodale Institute’s Regenerative Agriculture and Climate Change white paper to reflect the new science on soil carbon sequestration and we knew we needed to talk to you. Can you explain how your team’s recent work is changing the way we should all be thinking about soil organic matter?

We want the soil organic matter to do two functions: to break down and provide mineral nutrients to sustain productivity, and to remain and provide long term carbon storage and other ecosystem services. There is a need for some of the soil organic matter to turn over to support plant growth, this is like using a checking account to pay your regular bills. In the same way that we can’t save all of our money—we need to use some of it to survive—we also can’t expect that all soil organic matter should stay in the soil for the long-term. Some of the soil organic matter has to break down for soils to be healthy and function to grow plants.  I believe, and my lab is conducting research to test this hypothesis, that this breakdown largely comes from particulate organic matter, or POM as we call it, which you can envision as partly decomposed fibrous plant residues, in particular from roots. Since POM is not protected, unless occluded in aggregates, it turns over fast. Microbes do not appear to use POM to grow their biomass, rather they respire POM carbon into the atmosphere as CO2, but the nitrogen from POM is used by plants for their growth.

At the same time, we need soils to store carbon for a longer time to mitigate climate change. This longer-term carbon store is there for leaner times, like a savings account. Long-term carbon storage is generally more microbially processed and associated to minerals, which protect it from decomposition, making it more persistent in soils and also less vulnerable to disturbance. This is the mineral-associated organic matter, or MAOM.

The bank account metaphor is helpful to understanding these two organic matter pools, one for quick use and one for long-term storage. What other recent findings have happened in your field around organic matter and carbon storage?

Soil scientists originally thought that if you put more chemically complex or very fibrous plant residues in the soil, you would have a buildup of carbon.  But in the last 10 years or so, a lot of research, prompted in part by my team’s paper on Microbial Efficiency Matrix Stabilization, pointed to the fact that, actually, much of the carbon that persists in soil is made of simple compounds associated to minerals and it is often of microbial, not plant, origin. In order to have this mineral-associated carbon buildup, you don’t need to put recalcitrant plant materials into the soil, instead you want to be sure there are things like root exudates and labile plant material, which microbes eat fast and use to build their biomass. These soluble plant materials and microbial compounds can stick to mineral surfaces, forming the long-term carbon storage in MAOM.

The problem is that we treat agricultural soils like spoiled kids—I hope this is not offensive to anybody—we give continuous external inputs like fertilizers and pesticides, which is like continuously providing money to your child and never saying ‘go to work.’ We do not put the microbes in the soil to work and we even shortcut their work by adding nitrogen fertilizers. These inputs actually erode the soil community and its biodiversity. Some of the microbes that manage to survive do so because they use the fertilizer nitrogen for their metabolism, but in the process they release nitrous oxide into the atmosphere, a potent greenhouse gas. Additionally, by cultivating annual crops and breeding crops to maximize yields while reducing root growth, we have reduced the input of both the root residues to supply new POM, but also the inputs of plant soluble and labile components, like the root exudates, that ultimately generate MAOM. In so doing we have overspent the checking account—the  POM—and agricultural soils are now made for the most part of MAOM. Doing this over and over again, we have also started using this MAOM pool, the savings account that should have been stable over many, many years. As result, agricultural soils are now impoverished of all soil organic matter as compared to natural soils.

Knowing this, how can farmers stop bankrupting soil and regenerate them instead? What builds both of these pools of organic matter?

It’s becoming very clear that in order to regenerate soils, we have to have continuous and diverse inputs, and that mostly comes from living roots. The roots do two things: they feed the microbes with their soluble components, the root exudates, and other labile root compounds that keep the microbes active and healthy and efficiently producing biomass that then can stuck on the minerals. On the other hand, root tissues are relatively fibrous, and they can form particulate organic matter, which promotes soil structure, water retention and release of nitrogen as it breaks down.

In fact, the other important thing to understand is the carbon doesn’t circulate alone. In order to store carbon, we need to get the nitrogen right. We want to reduce external nitrogen inputs from fertilization, because synthetic nitrogen encourages bacteria that transform nitrogen quickly and lose it.  Instead, we need to increase nitrogen inputs produced by the system itself, and for that we need to have a system with deep live roots and legumes, which bring the nitrogen in naturally. When you add the nitrogen organically, you put the microbes to work. When the nitrogen arrives in organic matter that the microbes must work to turn over, they do it more efficiently, they produce more biomass which aids carbon storage, and at the same time they recycle the nitrogen for plant use.

Are there any big missing links before we can get started on carbon farming and soil carbon sequestration?  Or is the science robust enough for farmers to feel confident doing this work now? 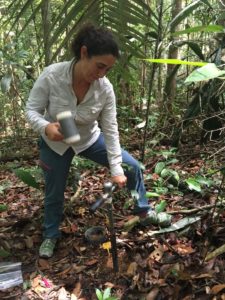 I think we know enough now that we are not going to be wrong. We could do better, and I’m particularly very curious about this carbon-nitrogen relationship and how to use nitrogen efficiently so that you can store carbon, sustain productivity and cut down nitrogen emissions and losses to the water system. But overall, the basic ideas are clear, the pillars of what makes a system regenerate are known.  I believe we need to think of the soil as a system and consider how crop rotations with diversified belowground inputs, deep-rooted perennials, cover crops, and reduced soil disturbance help to fuel the soil microbes that both recycle nutrients and build up mineral-associated carbon.

Additionally, soil carbon accounting is still very challenging and must be measured, verified and monitored based on sound science and an understanding of the conditions and management at each farm. It’s hard work that requires patience and investment, but it is very, very important and it can be done.

The good news is that the foundational science is there, and we’re constantly building on it. We already know enough that we can inform what to do, and we’re studying ways we can improve the measurement and management of these soil carbon stocks. There is a lot of interest in soil carbon sequestration right now. At Colorado State University, we’re using an integrated scientific approach in partnership with large corporations and a lot of farmers, and I’m very optimistic we can get this done. But it’s important to remember that carbon farming is not a silver bullet solution to climate change. It must be adopted along with aggressive cuts to fossil fuel emissions. 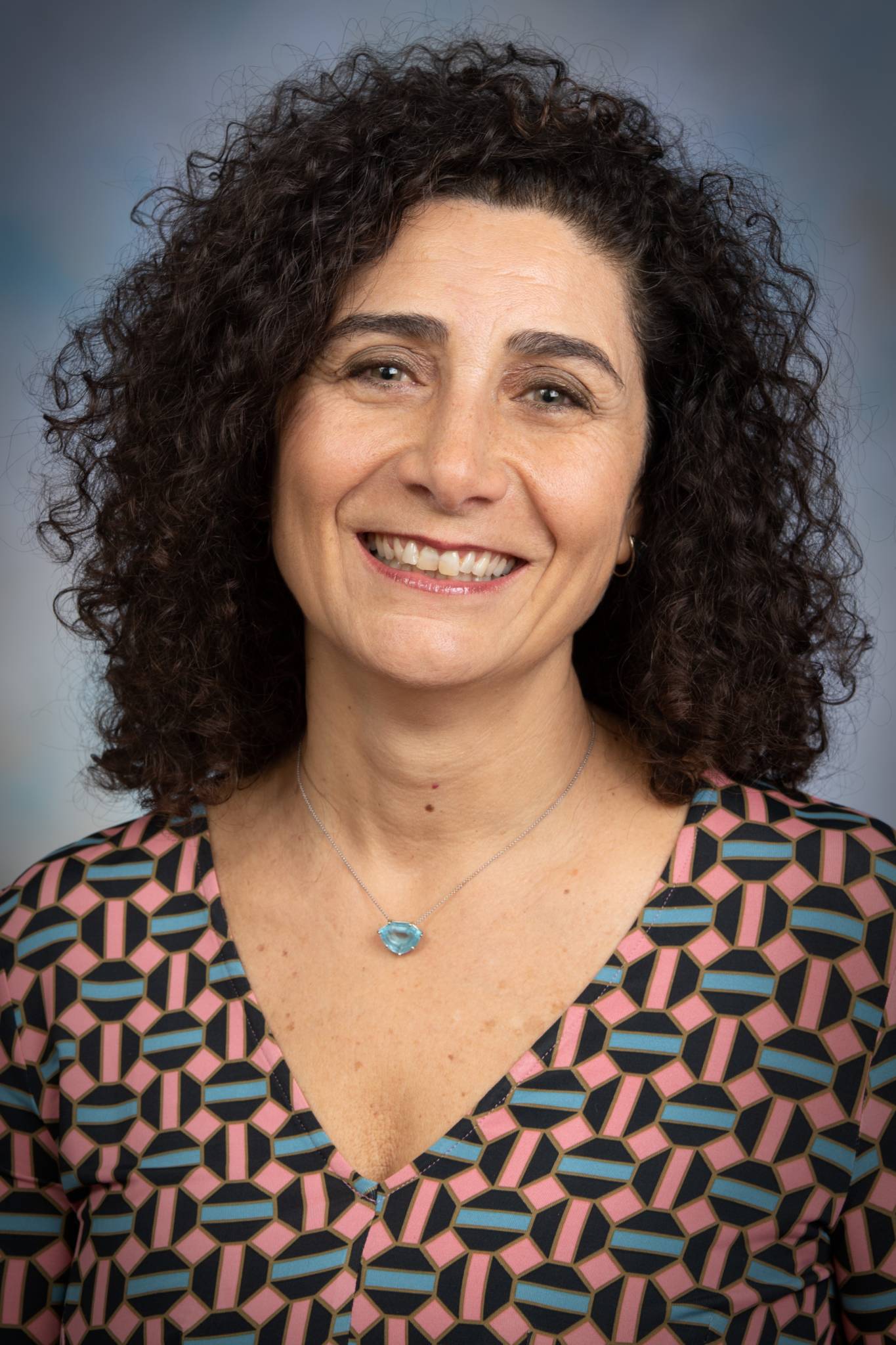 M. Francesca Cotrufo, PhD, is a Professor and Associate Head in the Department of Soil and Crop Sciences, and a Senior Scientist at the Natural Resource Ecology Lab, at Colorado State University. She earned B.Sc. from the University of Naples, Italy and Ph.D. from Lancaster University, UK. Prior to join CSU in 2008, she worked as a professor at University of Campania, Italy. Dr. Cotrufo is a soil ecologist and biogeochemist, internationally recognized for her work in the field of litter decomposition and soil organic matter dynamics, and in the use of isotopic methodologies in these studies. She strives to advance understanding of the mechanisms and drivers of formation and persistence of soil organic matter, and their response to global environmental changes and disturbances. She uses this understanding to improve modelling of soil C-climate feedbacks to inform climate and land use policy and management. She also pursues applied research to innovate and increase throughput of soil carbon and health testing, and to propose soil management practices that regenerate healthy soils and mitigate climate change. As a scientist fully aware of the current and future challenges expecting humanity.

Dr. Cotrufo is editor of the journal Global Change Biology. To date she published over 120 peer-reviewed articles and several book chapters. She has been the recipient of the SSSA Soil Science Research Award, the CSU Provost 14’er Award for Faculty Excellence, and the ASA-CSSA-SSSA Mentoring Award. Recently, she was recognized as Nutrien Distinguished Scholar of Agricultural Sciences.