Rodale Institute sat down with Louie Schwartzberg, director of the documentary film Fantastic Fungi, to discuss how the little-known fungal networks that make up healthy soil can bring life to an entire planet.

Fantastic Fungi will host “Fungi Day” on April 21st, 2020 10am – 5pm PT. This Virtual Gathering will feature live-streamed conversations with researchers, educators, and solutionaires about our planet’s most pressing environmental and global challenges. Learn more and register for the event at FantasticFungi.com/Connect.

Can you tell us a little bit about your background, the film, and what inspired you to make Fantastic Fungi?

I was a film major at UCLA and after I graduated, I wanted to shoot the beauty of nature. When I started to shoot time lapse, I did it for two reasons: a sense of wonder, because I could see all kinds of beautiful phenomena that’s invisible to the naked eye, and also for an economic reason because I could spend all day shooting time lapse and only use up 3 or 4 seconds of film. And that led me down a road of wanting to unveil the mysteries of nature by showing you things that are too slow, too fast, too small, too vast for the naked eye to see.

It was, in a sense, a spiritual journey because it broadens your horizons and shifts your perspective. You can understand life from the point of view of a flower or a hummingbird, and you lose the arrogance that as human beings, everything is from our perspective. You begin to appreciate and love nature, because you begin to understand the most important thing of all is that we’re all connected. We are connected to all living organisms including the ground we stand on. All the healthy food we need to eat that is regenerative. And then you begin to ask the bigger questions. Where does soil come from? It’s the largest organism on the planet, its everywhere, it can heal you, it can feed you, it can shift your consciousness. Mycelium, the fungi, can break down and recycle organic matter, break down rock, and create soil. And soil is a breathing living environment that most people aren’t aware of.

How have viewers reacted to the film?

So many people that have seen the movie will come up to me and they’ll say they cried. I’ll ask them why they cried, and they say, “I think it’s because it’s a way of reconnecting with your soul. It’s a way of reconnecting with nature.” That feeling of safety and comfort, of the oneness, is a transcendent experience and I think a lot of people do get emotional and cry for joy.

What is the mycelial fungal network, and how does it support plant life?

The mycelial network is the organism. The mushroom is the fruit, like the apple on the tree. So, when people talk about mushrooms, the real organism is the mycelium that’s down under the ground.

The tips of the mycelium touch the tips of the roots of plants and trees. That’s the connective tissue, like the freeway that comes up to your house, where you can share information or nutrients. The mycelium may be giving [the trees] carbon that it’s been storing under the ground, and the trees may be giving it sugars that it’s been creating through photosynthesis. That’s a symbiotic relationship. They benefit each other, so the trees can utilize the mycelium to transfer and absorb nutrients that it needs as well.

They also use the mycelium as a warning system. If one plant is being attacked by insects or maybe a disease, it can send out a warning signal to the plants next to it so that they can beef up their immunity. It’s a communication system, it’s a transference of chemical nutrients. The mother tree can also nurture the baby tree, which is so beautiful. That can open your heart to being more conscious; realizing that we aren’t the only species that have feelings or that care about life being regenerated.

“The grand story of nature…is all about connection, relationships, regeneration, nurturing, and that’s happening billions of times every day in the square foot of soil under your feet.”

Why is the mycelial network, and what it does for plants, so important to the health of people and the planet?

What the mycelium does is break down organic matter into its components and its molecules that plants can absorb for life to reemerge. Carbon, nitrogen, phosphorus. They have a shared economy under the ground not based on greed but on the idea that ecosystems flourish when everybody benefits. Right there under our feet is a blueprint for how we can maybe create better systems for our political and social structures.

The grand story of nature, the bigger story of nature, is the feminine—which is all about connection, relationships, regeneration, nurturing, and that’s happening billions of times every day in the square foot of soil under your feet. And we need to be able to nurture that because that is the bedrock of life. Because without soil there’s zero life. 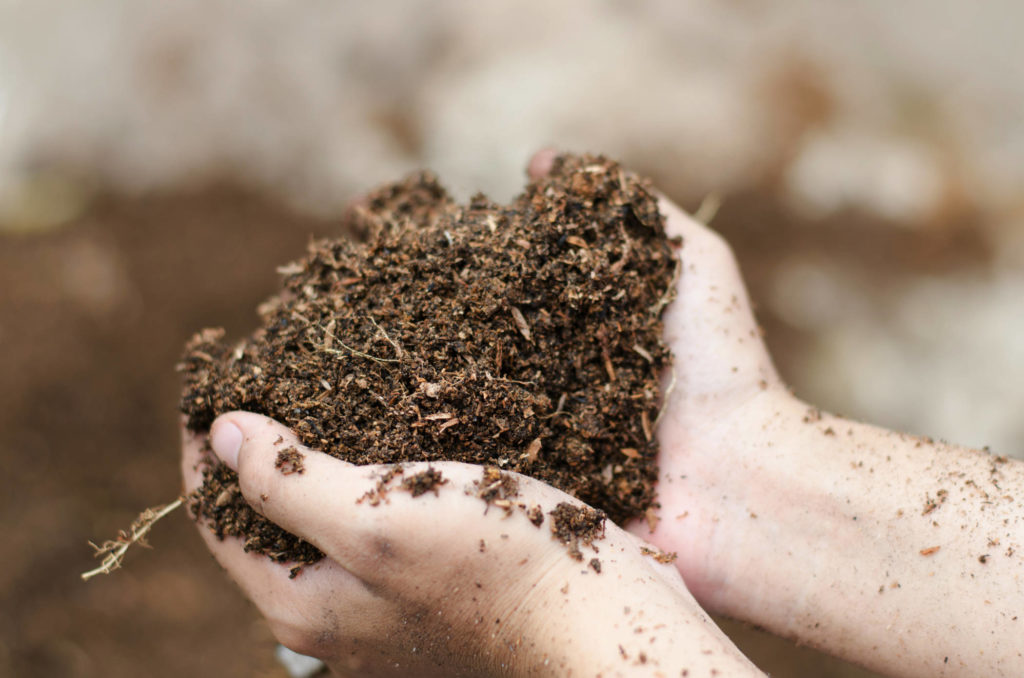 Rodale Institute researches organic no-till strategies that aim to keep fungal networks intact. How do these sorts of practices fit into conservation of the mycelial network?

That’s really critical. No-till agriculture is so important because the mycelium network, the shared economy that’s under the ground, is broken up by tilling the soil. There is a network under the ground like our internet that creates connection. And it is important to nurture that and be aware that’s what life under the ground uses as a communication network. Most of the communication of life on our planet is chemical. You look at insects and plants: how do they communicate to each other? They don’t use language; their language is chemistry. And so, we need to have these networks that can transmit chemicals, information, nutrients, and there is no such thing as life without networks.

When you grow plants conventionally, the process involves pesticides, fungicides, and tillage that can harm the soil and its fungal networks. Because of their interconnected nature, if you destroy those networks, are you putting the health of the plants in danger?

Absolutely. We’re just beginning to learn how everything is interconnected in nature and we’ve been kind of observing what the cause and effect relationship has been at the top of the food system. That’s true throughout all of life, including what’s going on in the soil. So, when you have tillage that breaks up the mycelial network and use pesticides and fossil fuel fertilizers and herbicides and fungicides, you’re breaking up a relationship between the fungal kingdom and plants that we need in order to survive. We need to be cognizant; we need to be conscious, and we need to be warriors to protect he foundation of life.

We are walking giants. We have a trillion cells in our body that are all working in harmony and we have fungi in our microbiome. Without this symbiotic relationship we wouldn’t be able to digest food. It’s critical. When you take a heavy dose of antibiotics, you kill your microbiome and then you need to regenerate the microbiome by eating foods that have been fermented. It’s critical for your health. And now we also discover that mushrooms and the mycelial actually build up your immunity.

“We’re coming up to the 50th anniversary of Earth Day and you have to ask this giant question: why is it, fifty years later, that we haven’t shifted our behavior? We have the answers. Why haven’t we done it? What will it take then to shift our behavior?”

How can the mycelium network also protect against climate change?

Photosynthesis takes CO2 from the atmosphere and sends carbon down the trunk of the tree into the roots and trades that carbon with the mycelial network for nutrients. That is the greatest actual way to fight climate change that we know of on the planet.

In photosynthesis, plants take in CO2 and they release oxygen which we need to breathe. The carbon they attracted goes into the leaf, into the branch, into the trunk. 70% of it goes into the ground and is stored in the mycelium network. There’s nothing evil about carbon, it’s a building block of nature. So, we have a giant mechanism for curing climate change, which is incredible. Look at all the plants in our planet. What a giant gift that is. That is the symbiotic relationship between the mycelium and the plants and trees, that interconnection under the ground that is destroyed by tillage, by pesticides, by industrial agricultural practices. All of that destroys what is a natural system to recycle carbon in our life systems.

What is the main thing you hope people take away from your Fantastic Fungi?

I didn’t really think that this idea of interconnection was going to be the closer for my movie, but it was. A forest is a living entity. A forest is a giant living organism which we need in order to survive. The medicines that come from a forest, the molecules that come from a forest, the air we get from walking through a forest, all these are giant benefits and I think indigenous people understand that in a deep, deep way.

I think it’s great to be on that voyage of discovery. There’s so much to learn and understand and to realize this incredible harmony exists in nature and we have to become more conscious and awake in order to not break what has taken billions of years to evolve, that works, and is life itself.

Is there anything else you want people to know?

To watch Fantastic Fungi or to learn more, visit FantasticFungi.com. 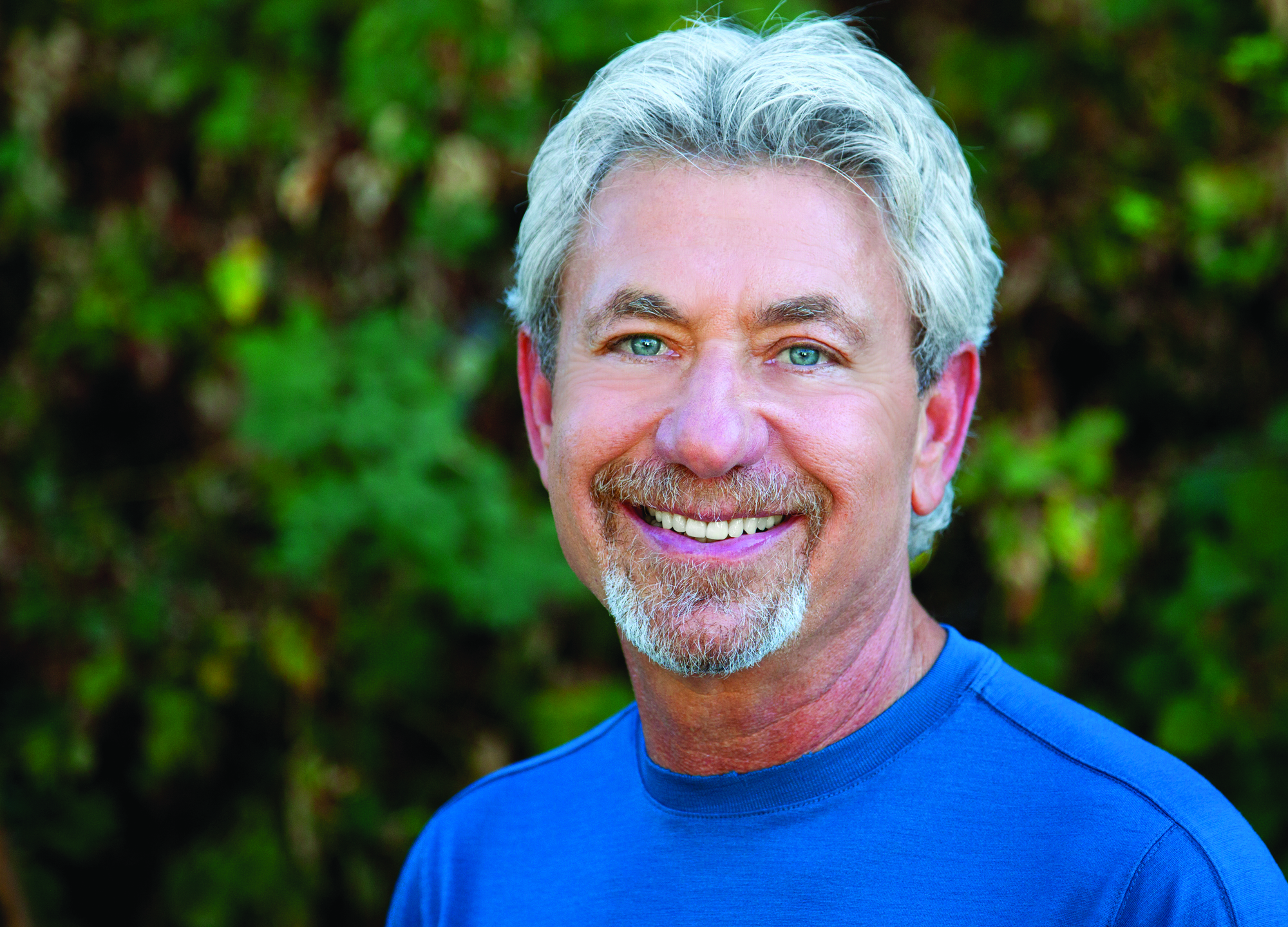 Louie Schwartzberg is an award-winning cinematographer, director and producer who has spent his notable career providing breathtaking imagery using his time-lapse, high-speed and macro cinematography techniques. Schwartzberg is a visual artist who breaks barriers, connects with audiences, and tells stories that celebrate life and reveal the mysteries and wisdom of nature, people, and places. Louie’s theatrical releases include the 3D IMAX film Mysteries of the Unseen World with National Geographic, narrated by Forest Whitaker; the theatrical feature, Wings of Life for Disneynature, narrated by Meryl Streep, and America’s Heart and Soul for Walt Disney Studios and his TED talks have over 60 million views on YouTube. Louie’s most recent feature film, Fantastic Fungi, is now playing in local theaters throughout the US and achieved an 100% score on Rotten Tomatoes. Louie has also directed the Soarin’ Around the World; the most popular motion simulator ride film now playing at Disney Theme Parks globally. Netflix has just released a new season of his series Moving Art. For Schwartzberg, the greatest satisfaction is creating works that can have a positive effect on the future of the planet by protecting what we love.