A meadow is what can happen when you give the earth a chance to heal itself.

This content is adapted from Owen Wormser’s new book Lawns into Meadows: Growing a Regenerative Landscape.

I’m checking in on a meadow project of mine. It’s late September in western Massachusetts. The sunlight pours through a clear sky with all the vigor of a summer day as I watch a monarch butterfly land on a spike of bluish-purple anise hyssop, and drink from it. For monarchs, which can travel thousands of miles to reach their winter homes, this meadow is like a gas station that lets them refuel on their journey south.

Only a year ago, this one-acre meadow was an empty field filled with old grass and ancient apple trees. Now it feeds a kingdom of pollinators, along with goldfinches, bluebirds, cedar waxwings, chickadees, and many other birds. Mice, voles, deer, and woodchucks forage here. The once-lifeless soil teems with microbial and fungal life that helps it store carbon and makes nutrients available to the plants. That same microscopic world produces sustenance for insects, worms, and other invertebrates, which in turn feed animals like toads and salamanders.

The power of seeds and plants to set in motion and support so much life in so little time is one reason I started my regenerative landscape design practice. I also credit a childhood spent largely out of doors. My parents, inspired by the back-to-the-land movement in the 1970s, raised me and my sister in the woods of rural Maine. By choice, our house lacked most modern conveniences and our nearest, and only, neighbors lived almost a half-mile away. Apart from my sister, I grew up without many playmates since I had to ride my bike for several miles to see friends, unless my parents could find time to drive me.

Our daily rhythms revolved around the changing seasons, weather patterns, and the rise and fall of the sun. We used only kerosene lamps, so when the day ended, the night moved into and took over every corner of our house. The only source of heat was the wood my father chopped, so cold days outside meant freezing mornings inside before the woodstoves were fired up again. During the winter months, if you weren’t close to one of the stoves or forgot to refill them, the sharp cold was a biting reminder. Trips to the outhouse, always quick, were even speedier.

I got used to the cold, and rarely felt deprived as a boy. I think fondly of the times I sat next to one of those woodstoves at our kitchen table doing homework or reading a book. I liked getting to spend lots of time in the wilderness right outside our door, snowshoeing in winter, tapping maple sugar trees and helping plant our large vegetable garden in spring, and studying the plant and animal life around me all year long.

My parents chose to use as little fossil fuel and plastic as possible both to help the planet, and to become more self-reliant. They weren’t purists—we had a car, I went to public school and later boarding school, we used dentists and doctors, and we bought clothes rather than making them. Still, they made many sacrifices in pursuit of a simpler life and a stronger connection to the earth. Traveling in the winter wasn’t an option because someone had to be at home to keep the stoves going. And in the summer my parents were generally too busy preparing for winter, by growing our food and chopping wood, to do much of anything else.

I’m grateful I had the chance to grow up living simply and close to nature. But as an adult, I really appreciate not having to heat up water before taking a shower or drive to a Laundromat to wash my clothes. I’m very glad I don’t have to get up in the middle of a freezing cold night to use the outhouse. And I relish every time I get to watch a good movie or television show well after the sun goes down.

You don’t have to live off the grid to help the environment. There is a reasonable middle road to lightening your burden on this planet. Among the many options easier than giving up everything to live in a cabin in the north woods of Maine: Consume less. Buy locally. Cut back on meat and dairy. Compost your food waste. Grow some of your own food. Use public transportation whenever possible. Fly less. You can also grow a meadow instead of a lawn.

From lawn to meadow

Lawns have become something of a national obsession. We waste an enormous amount of resources every year maintaining a closely cropped area of turf that totals more than 63,000 square miles, about the size of Washington State. By another measure, over forty million acres of land in the continental United States were found to have some form of lawn on it. This massive footprint makes lawns the biggest irrigated crop grown in the United States, and it sucks up an outsized amount of fossil fuels, fertilizer, chemicals, and water. Landscape irrigation is estimated to account for nearly one-third of all residential water use, totaling nearly nine billion gallons per day or almost 13,500 Olympic-sized swimming pools worth of water.

To be fair, lawns serve a purpose. They offer places to play, which is something I was glad for as a kid. My parents may have grown much of our food, but they also made sure we had enough lawn to kick a soccer ball around on. And lawns have other uses beyond sports: As a designer, I sometimes use strips of turf as pathways in gardens or to frame a perennial meadow. But the vast majority of mowed lawns offer none of these advantages. Instead, they’re a danger to the planet and to many living things, including your children and pets.

A meadow is what can happen when you give the earth a chance to heal itself. When planted properly, it fills out easily and grows almost entirely on its own. With every year in the ground, meadow plants support more life and build healthier soil. This makes them quite efficient at parking carbon—just the opposite of a resource-guzzling lawn. Lawns are among the ways we burden nature. Meadows are far more generous, giving back to the earth much more than they take.

Thinking of turning your lawn into a beautiful, carbon-storing meadow? Here are some plants to get you started. 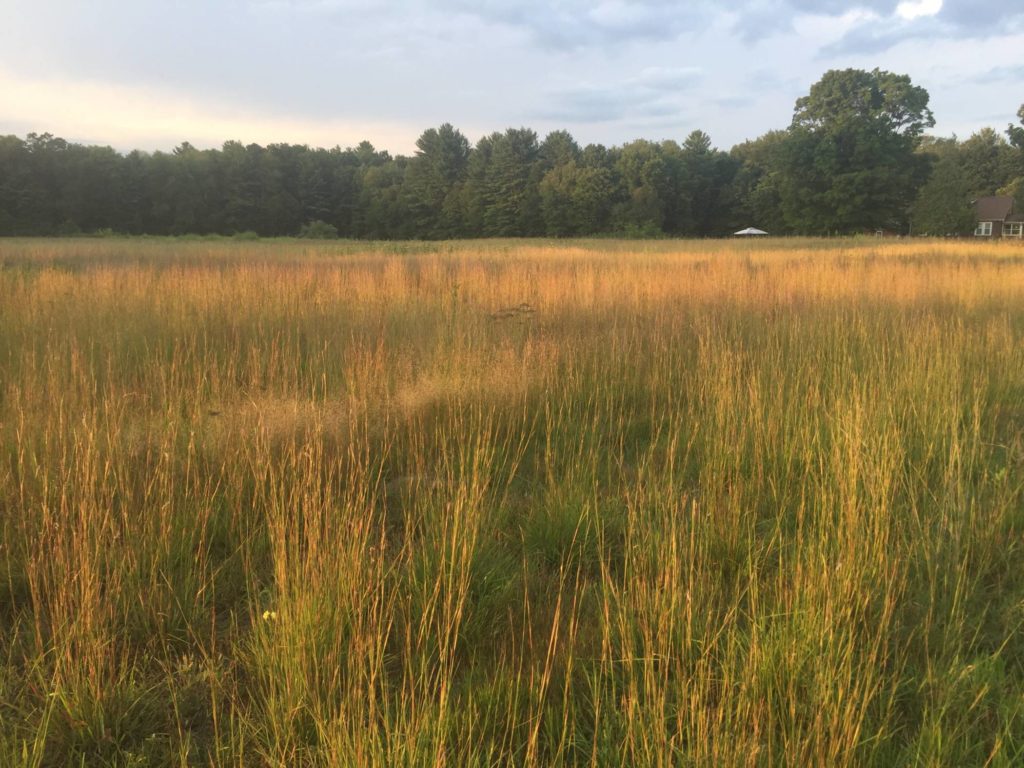 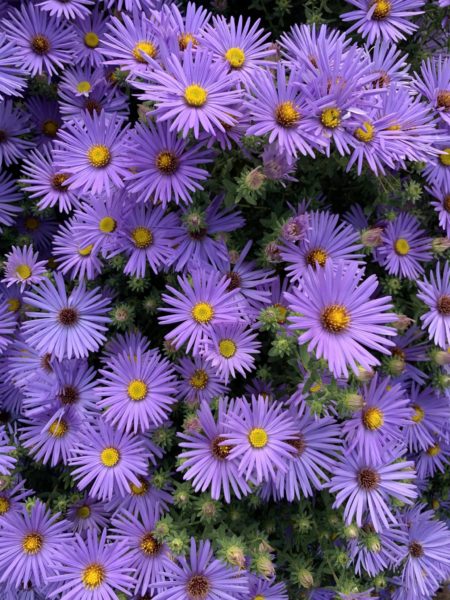 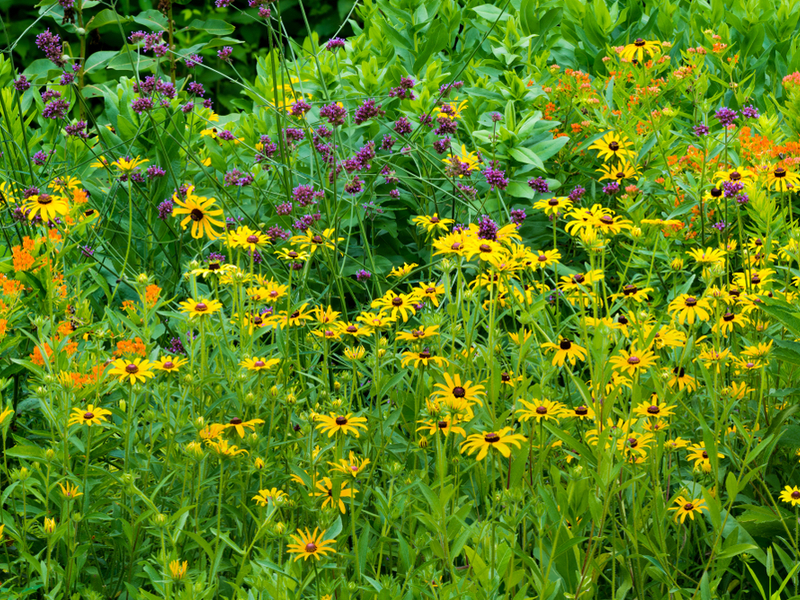 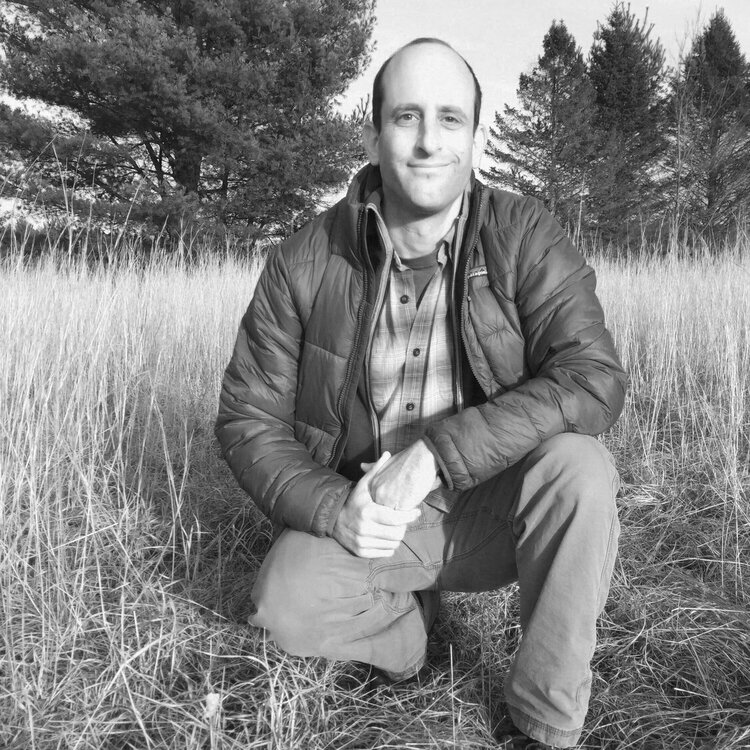 Owen Wormser earned a degree in landscape architecture and quickly adopted regenerative, low-maintenance practices in designing and building landscapes. Based in Western Massachusetts, his company, Abound Design, provides design, consulting, and installation services. He also runs a nonprofit that provides educational resources and hosts workshops on regenerative growing. His book Lawns into Meadows: Growing a Regenerative Landscape is available now.