Many families around America serve their children milk every day. But do these families know they’ve also “got pesticides?”

A new study conducted by Emory University, in collaboration with The Organic Center, has detected residues of banned antibiotics, growth hormones, and controversial pesticides in conventionally produced milk. These residues were not found in organic milk.

Published by the peer-reviewed health journal Public Health Nutrition, this study utilized new testing methods that are more sensitive than even those implemented by the Food and Drug Administration. The researchers studied milks bought directly off store shelves in nine different regions of the United States. 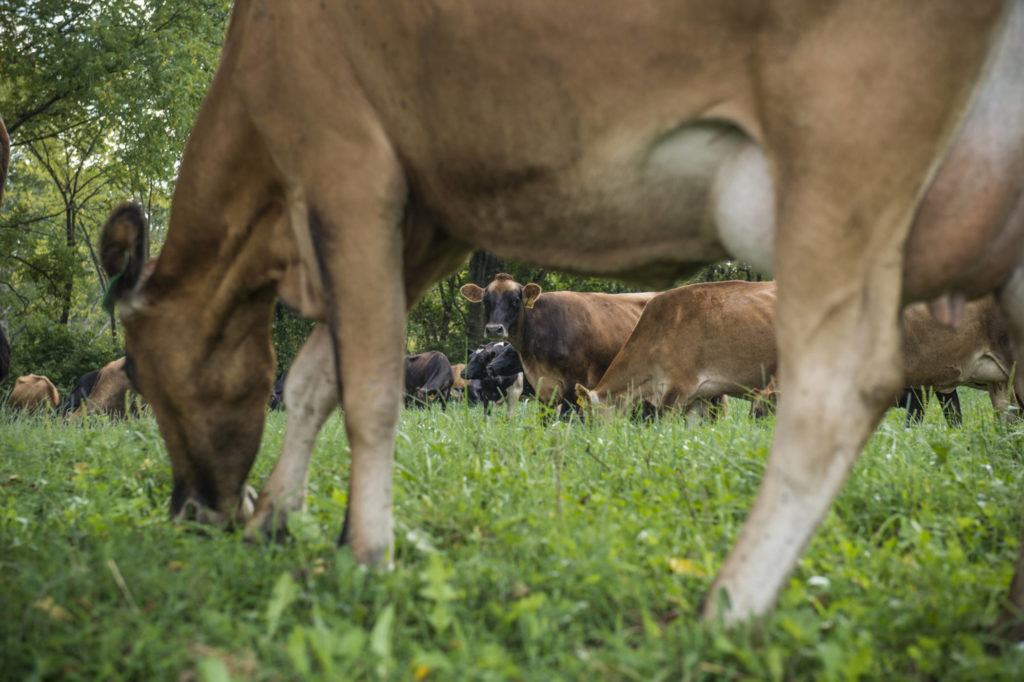 Overuse of antibiotics can lead to antibiotic resistance and lowered effectiveness for both humans and animals. Certain antibiotics are banned by the FDA due to concerns about allergic reactions in humans, which may be severe.

The levels of bovine growth hormone detected in the study suggests that conventional dairy producers are introducing synthetic growth hormones into their cows, above and beyond the cow’s natural hormone production.

Pesticides like chlorphyrifos are being considered for a ban in California and across the country due to concerns for human health.

The researchers state that the findings of this study indicate that the oversight on our nation’s milk production must be strengthened to prevent banned, harmful, and controversial chemicals from infiltrating the milk supply.

Organic dairy is the second highest selling organic industry in the United States and prioritizes the natural behavior and health of the cow above all else. Certified organic dairies are restricted from using antibiotics, pesticides, GMOs or growth hormones, and cows are pasture-raised on organic grass. As this study shows, the best way to avoid synthetic chemicals in your milk and to promote healthy dairy practices is to buy organic.

Margaret Wilson is the Content & PR Manager for Rodale Institute.