One of the biggest challenges farmers face while transitioning to organic cropping systems is weed management.

Successfully managing weeds in organic systems requires a dramatic change in approach. Simply substituting organic herbicides for synthetic ones rarely works. Knowing your weeds and understanding their damaging potential is a key factor in developing a successful weed management program. 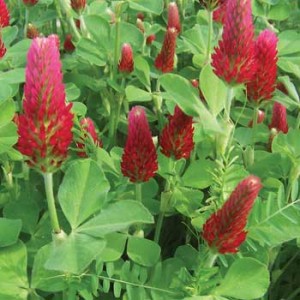 While many practices control or reduce annual weeds, difficult-to-manage weeds such as bindweed, Canada thistle and quackgrass produce extensive underground rhizomes, tubers and roots. Familiarity with each weed’s growth and reproductive habits as well as which weeds predominate during the cropping season are crucial in selecting the most effective management method.

Once you know your weeds, you can develop an integrated weed management program that combines cultural, mechanical and biological practices like the following:

Crop rotation is the core of organic weed management. This practice keeps weed communities off balance by mixing cropping systems and long rotations to enhance soil fertility and economic diversity. The variation in crop species and planting times is essential, as crop rotation creates a changing environment and prevents weed dominance of certain species. When making a crop production plan, farmers should design rotations for each field with weed species and potential problems in mind. Crops that are fast growing and can out-compete weeds (e.g. winter squash, potatoes, sweet corn and tomatoes) are a smart addition to your rotation. 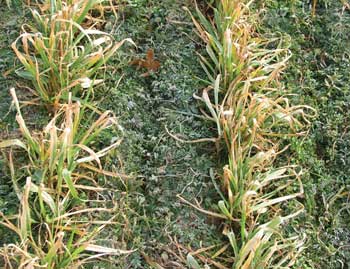 In place of a fallow period, plant annual or short-term perennial cover crops that develop rapidly and close the canopy before weeds have the chance to emerge and out-compete them. For instance, if you plan to plant cash crops in early spring, choose winter annual cover crops such as a mixture of oats and crimson clover that die back early. For late spring and early summer cash crop planting, use cover crops that can overwinter well, such as hairy vetch and rye. Annual cover crops can be used as mulch or killed by a roller-crimper, or left to die naturally.

Cover crop residues serve as excellent mulch in reduced and no-tillage production systems. But organic growers rely on mechanical means rather than herbicides to terminate cover crops. Optimal mechanical management provides desiccation of cover crop while leaving the residue intact to serve as mulch and can include flail mowing, roll-crimping, roll–chopping and undercutting.

Mowing generally provides rapid desiccation of residue that sometimes may cause loss of nutrients before the cash crop roots develop enough to take up these nutrients. Rolling a dense cover crop provides a good mat of mulch that hinders weed emergence. Additionally, as cover crop mulch residue desiccates throughout the growing season, nutrients become available to cash crop seedlings.

Weeds that emerge through rolled mulches can be controlled by using high residue cultivator that sweeps under the mulches with minimal mulch disturbance and undercuts small weeds.

Manipulate planting dates to escape weed germination windows or increase seeding density to suppress late-germinating weeds. When perennial weeds are a problem, seasonal cash crops can be rotated with perennial crops that can be mowed or grazed. 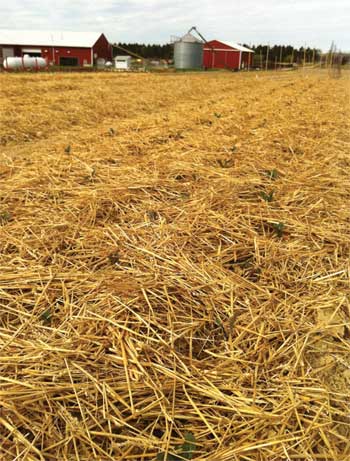 Weed-free straw, thick layers of leaf mulch, well-composted manure or plastic mulch can be used to cover the soil surface. When composting crop residues, manures or other agricultural wastes, it’s necessary to achieve temperatures above 131°F for a defined period of time in order to kill weed seeds and human pathogens. Review the USDA National Organic Program for more information on composting guidelines.

Flaming can be used as a pre-emergence tactic to control broadleaf weeds from emerging. This practice can be cheaper and quicker than hand weeding.

Non-synthetic herbicides with no residual activity such as acetic acid (vinegar) can effectively control weeds when applied during hot sunny days. It kills upon contact but does not provide systemic weed control (i.e. not absorbed into the roots).