It’s time to farm (and eat!) like the world depends on it.

We can stop the climate crisis.

At least, we can start reducing the 23% of global greenhouse gas emissions that the United Nations Intergovernmental Panel on Climate Change recently attributed to agricultural activities.

The answer is regenerative organic agriculture. And the time to implement it is now. 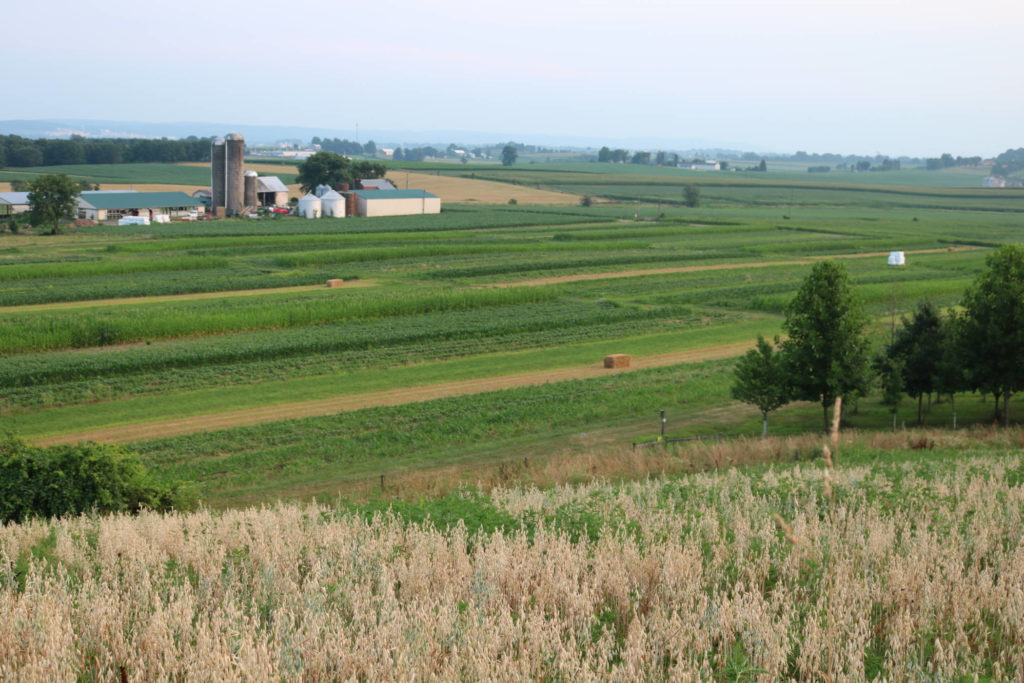 In a report published last week, the UN concluded that humans cannot stave off the effects of climate change without making drastic changes to the ways we grow food and use land.

Conventional, industrial agriculture depends on the use of chemical inputs and fossil-fuel intensive synthetic fertilizers, in addition to heavy machinery and tillage, to grow food. Industrial farming also relies on factory farms for animals. These methods release large amounts of carbon, methane, and other greenhouse gases, into the atmosphere.

Regenerative organic agriculture works with natural systems to produce nutritious and abundant food, instead of relying on synthetic inputs like pesticides and artificial fertilizers. Regenerative goes beyond sustainable to improve resources, not just maintain them.

At Rodale Institute, a nonprofit research institution recognized as the global leader in regenerative organic agriculture, our Farming Systems Trial has been running for nearly 40 years and is the longest side-by-side comparison of organic and conventional grain cropping systems in North America.

Since 1981 we’ve collected data on soil health, crop yields, energy efficiency, and more through our research trials, which have led us to discover the implications of switching to an organic system.

Rodale Institute and others have concluded that if we converted all global cropland and pastures to regenerative organic systems, we could sequester more than 100% of current annual CO2 emissions. As the UN report states, we don’t have time to wait.

But we don’t only need regenerative organic agriculture to mitigate the effects of climate change. We also need it in order to feed a world that’s already been shaped by a changing climate.

As extreme weather events become more frequent, agricultural systems must become more resilient. Our research has found that organic crops have the potential to produce yields up to 40% higher in times of inclement weather—like flooding or drought—than conventional systems.

This means that it is possible to feed the world while reducing carbon emissions. Regenerative organic farming prioritizes soil health—creating living soils teeming with bacteria, fungi, and a thriving microbiome that is otherwise degraded through the use of pesticides and herbicides, and other industrial farming practices like monocropping. Healthy soil is also more stable, sticking together like glue and preventing the erosion and runoff that come with climate change’s extreme weather and decimate crops.

Each region is feeling climate change differently, which is why Rodale Institute is starting Regional Resource Centers in three agricultural hubs of the United States: Iowa, Georgia, and California. We will conduct research on resilient agriculture in these distinct regions, bringing our world-renowned expertise to new audiences as we face a growing climate crisis.

However, farmers shouldn’t shoulder the burden of changing our food systems alone. Consumers have a responsibility to protect the planet as well. Every purchase matters when it comes to the climate crisis.

Regenerative Organic Certified™ (ROC), launched by Rodale Institute with brands like Patagonia and Dr. Bronner’s, helps consumers make informed choices about the food and products they buy. Coming to store shelves soon, the ROC will ensure that the products that bear its label were created with an emphasis on soil health, animal welfare, and social fairness.

Voting with your dollars is the only way that we can change our food system and save our planet.

We don’t have time to waste. Our planet is changing, but we believe we can make a difference—because the future is organic.