Organic farmers and gardeners already witness every year the bountiful harvests possible when growing food in concert with nature. And anyone who supports their local organic growers at farmers’ markets can see first-hand the incredible productivity of land that has been nurtured and improved with organic practices. But these successes are constantly being dismissed by the larger agricultural industry as small-scale and insignificant in the face of our growing world population. It is estimated that by 2050 the global population will have grown 40 percent –these projected 9 billion people provide the urgency for Big Ag’s bigger, faster, better push.

Companies that stand to profit from a chaotic rush to growing more food faster in the short term are doing so at the expense of the very earth, air and water on which our food depends. Synthetic fertilizers have allowed us to ignore our degraded soils, toxic pesticides have poisoned our water, and human and environmental health has suffered. Biotech crops, while enormously productive in ideal conditions, cannot stand alone. Without herbicides, pesticides, fertilizers and irrigation, they falter and fail. “Basically, we’ve created an extraordinary illusion of abundance that really won’t be sustainable,” says Evan D. G. Fraser, Ph.D., co-author of Empires of Food and associate professor of geography at the University of Guelph.

When it comes down to it, despite chemical- and petroleum-reliant farming practices having the upper hand for over seventy years, we are still not “feeding the world.” There is promise on the horizon. What we can see on the small-scale bears out on a larger scale as well.

For 30 years, the Rodale Institute Farming Systems Trial (FST) has been tracking the performance of organically grown grain crops (such as corn and soybeans) and conventional, chemical-reliant grain crops. Following the three years when the fields were being transitioned to organic production, the organic corn fields produced just as much food as the conventional fields. And while conventional growers are battling herbicide-resistant superweeds with bigger, bad-er chemicals, the FST organic crops hold their own against weeds producing just as much food as the conventional fields without the assistance of herbicide.

Another long-term research project out of Iowa mirrors the Rodale Institute work. A 12-year study of organic versus conventional methods found that after the transition period, organic corn and soybeans produced, on average, nearly identically amounts of food as the conventionally-managed plants. Corn and soybeans are more productive now than they were 15 years ago, but it has been traditional breeding and techniques that are to thank and not biotechnology according to the Union of Concerned Scientists.

The global food security community is also shifting swiftly in support of an organic approach. A new report from the United Nations announced agroecological farming methods could double global food production in just 10 years. Agroecological practices, like organic practices, attempt to mimic natural processes and rely on the biology of the soil and environment rather than synthetic sprays and other inputs. 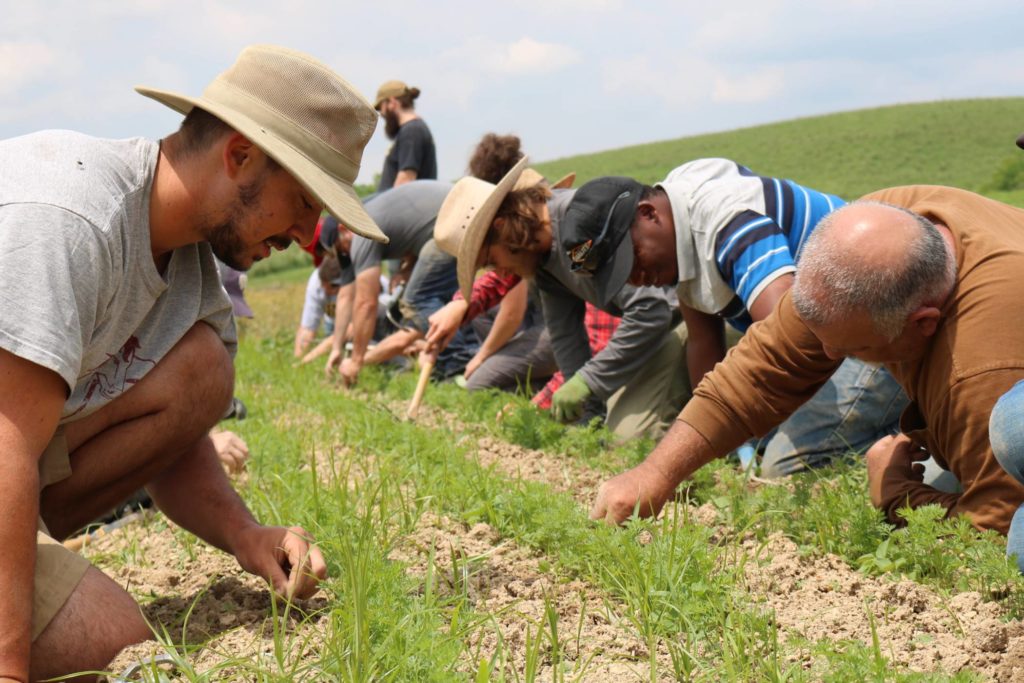 “It is time to put to rest the debate about whether or not organic agriculture can make a substantial contribution to the food supply. It can, both locally and globally,” says Nadia El-Hage Scialabba, senior environmental officer at the Food and Agriculture Organization of the United Nations.

Doubling the amount of food produced on the planet with no increase in land, no magic genetically modified seeds, no toxic pesticides, herbicides, or synthetic fertilizers makes feeding 9 billion mouths seem downright attainable. And the outlook could be even more optimistic. Although global population is on the rise, population in the developed world is actually on the downturn. Most of the growth is in the developing world. Switching to organic methods in communities where people struggle to feed themselves and their families can lead to a harvest 180 percent larger than that produced by conventional methods. 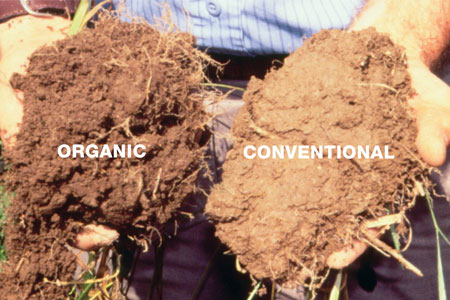 Instead of asking “how do we feed the world”, we should be asking “how can we help the world feed itself.”  Even in the face of a rising global population, organic techniques provide a more secure, more stable and more sustainable food system whether in African villages, Iowan cornfields or suburban backyards.