In appreciation of their support, we invite Rodale Institute Business Members to share an article about their work on our website. These articles often include insightful information based on their experience and line of work.  It provides a unique perspective of organic agriculture that we enjoy sharing with our readers.

In late fall 2012, a small container of the earliest wheat seed variety known to the Pacific Northwest was delivered to Chuck Eggert, founder of Pacific Foods of Oregon and farmer in the North Willamette Valley. The container was from Chuck’s longtime friend and associate, Dr. Richard Scheuerman. Richard is an associate professor of education and author of the book, Harvest Heritage: Puget Sound Heirloom Crops and Agricultural Origins. As an advocate for cultivating heirloom grains and an author on the subject, Dr. Scheuerman was looking for help in preserving the seeds and conducting grain trials in their native region. Chuck and Pacific’s affiliated farms jumped at the chance to join him and have started experimenting with heirloom barley and oats in addition to wheat. All are winter crops, planted in the fall and harvested in summer.

Steeped in deep cultural and culinary tradition, heirloom grains were 19th century staple crops for indigenous people of the region. These grains are unique because unlike many crops today, they have remained genetically stable for thousands of years and are free of any GMO alteration. In addition, the grains have thicker bran layers and higher levels of important trace minerals, so the foods prepared from them have enhanced nutritional benefits.

Chuck values being a good steward of the land and supports a cultural heritage rooted in connectedness. Working closely with Dr. Scheuerman, Chuck has not only agreed to bring these seeds back into cultivation, but also to grow them using old world agrarian techniques and traditions. 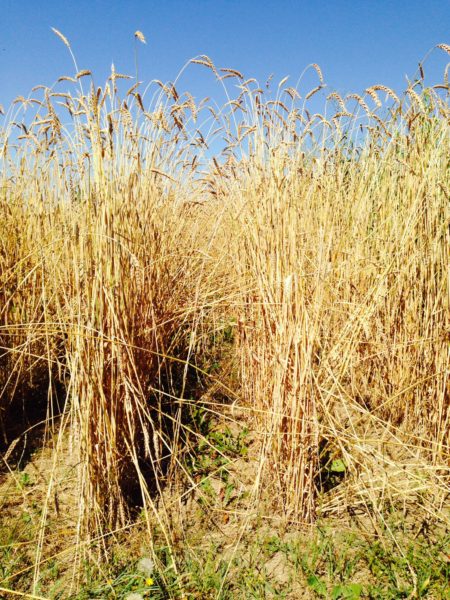 The farms’ heirloom grain trials have primarily focused on a soft white winter wheat originally from England called “White Lammas.” It also goes by the nicknames “Hudson’s Bay” or “Old White Winter.” While the grain itself is a white wheat, the stalks are distinctly blue. In the Pacific Northwest, it’s been nicknamed “Pacific Bluestem,” though seed for that particular Lammas strain likely came from Australia in the mid-1800s. An Oregon farmer had kept this historic variety vital in the early 1900s. Nearly a century later, the same seeds landed in the hands of Dr. Scheuerman.

During the trials, the grain grew strong throughout the spring months. It seeded quickly and easily with nearly a 98% germination rate and little extra care. One benefit of growing crops like this heirloom wheat is a more efficient use of water. This is because grains like these develop a deep tap root system and don’t require additional irrigation, ultimately resulting in production cost savings.

The staff at Pacific’s affiliated farms use a harvesting method that mimics those used in the early 1900s. The wheat is harvested using a sickle blade, cutting a handful of grain at a time. It is then laid out for curing on propagation tables in greenhouses for at least two weeks. This process hardens the kernels to a point where they shatter easily and cannot be dented with your thumbnail. Then, the grain is separated. To do this, the grains are laid on a tarp and stomped over, a process known in pioneer days when used with horses as “treading out.” The remaining, separated seeds are transferred to buckets for winnowing.

The winnowing process used is also a back-to-basics and completely manual method. The seed is poured from one bucket to another, letting the breeze from a fan push the chaff off the grain. Using this technique, the team produces about five pounds of wheat in 30 minutes.

Pacific’s affiliated farms are also experimenting with some heirloom varieties of barley and oats. The barley, called “Scots Bere,” was originally cultivated as early as the 8th century by Viking colonizers in the northern British Isles. It is still used by a small, dedicated group of farmers on Scotland’s Orkney and Shetland islands. The farms grow two varieties of heirloom oats: Scottish Chief Oat and Palouse Wonder. These have a similar heritage to the barley, both derived from Scotland.

The heirloom barley is a hardy six-row landrace and is highly regarded for use in both brewing beer and baking bread. Scots Bere, along with other similar varieties, was raised in the Willamette Valley until the 1870s. It is well acclimated to cooler coastal climates, making Pacific’s affiliated farms a perfect testing site for trials. 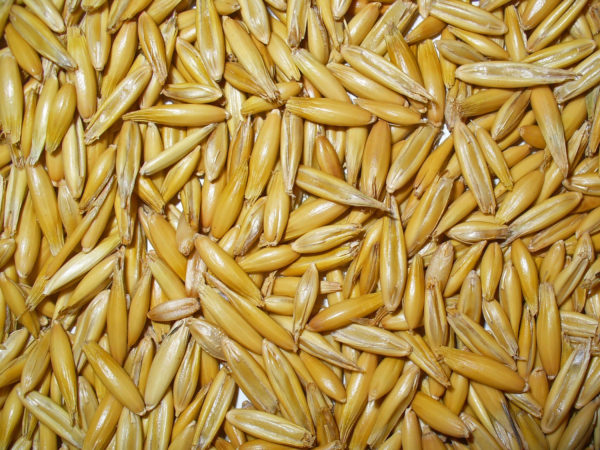 The team at the farms first harvested the heirloom barley in the summer of 2013. Once harvested, the barley was returned to Dr. Scheuerman who in turn shared it with Washington State University’s Bread Lab and craft brewers in the region. To extend his work, Dr. Scheuerman has recently launched a small business, Columbia Heritage Grain & Trading Company, which works with a group of Pacific Northwest organic farmers to grow heirloom grain varieties.

In the Pacific Northwest, and specifically in the North Willamette Valley, nature takes its own course with average annual rainfall of almost 40 inches of rain per year – 80% of the rain coming during October through May. Laurie Mooney, Landscape Design Specialist for Pacific’s affiliated farms, and her team have found that the heirloom varietals they have been working with grow best in the North Willamette’s rich soil conditions and mild climate without needing irrigation.

The farms look forward to continuing to experiment with growing heirloom grains in the Willamette Valley, saving the seeds, and sharing when possible.