GMOs can be hard to track–especially in honey production. Daniel Wiser of Attune Foods tells us why.

Honey is a pretty natural thing. Honeybees collect nectar from flowering plants, add enzymes and store it until most of the water evaporates. The result is a tasty, naturally sweet, and arguably nutritious sweetener. But like all food, understanding where your honey comes from is important. We, at Attune Foods, really care about honey.  We use it in three of our products – our Erewhon Organic Graham Crackers, Erewhon Organic Rice Twice Cereal, and Erewhon Organic Honey Crispy Brown Rice Mixed Berry Cereal. Attune Foods is also very concerned with the presence of GMOs in our food and we made the promise to make all our products Non-GMO Project verified. I assumed it would be a simple exercise to verify the honey we use. What’s genetically modified about honey? The truth is nothing – and everything. 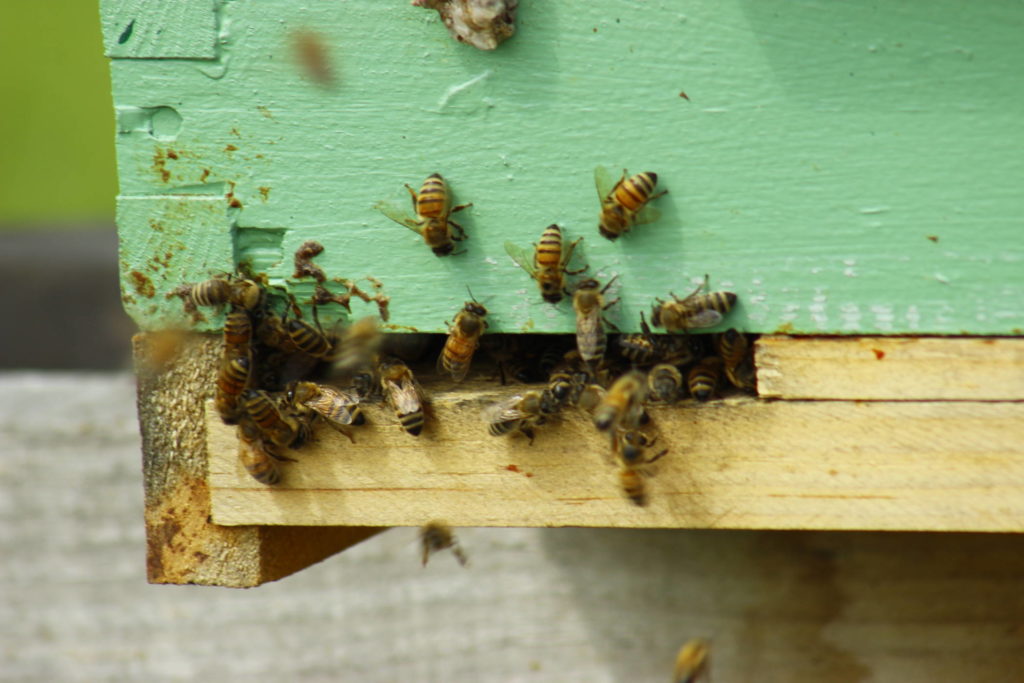 GMOs in Honey: How Does It Happen?

You see, a bee doesn’t know when a corn field is organic and when it’s genetically modified. Bees fly around freely; nobody is watching them, and nobody knows which plants they visit and which they don’t. I read a great story about rooftop bees producing red honey in Brooklyn. Nobody knew why the local honey was red. Could it be some local nutritious miracle? No. They found a massive swarm of bees at the nearby maraschino cherry factory slurping up the red-dye colored high fructose corn syrup leaking from the building and bringing it back to the hive. Garbage in, garbage out, they say.

In fact, because more than 95% of the corn (and soy) in the United States is estimated to be genetically modified, and because so much acreage is devoted to those two crops (which are used in a very large number of packaged food ingredients), the Non-GMO Project is unwilling to verify any North American produced honey as safe from GMOs.

Because bees roam freely, and we don’t support buying honey from a producer that is keeping bees in what amounts to a giant cage, we are forced to purchase our honey from South America where rainforest beekeepers can verify the absence of GMO crops for miles around their apiaries. It’s not the most sustainable practice, but it’s a choice we’re backed into. I overwhelmingly support buying ingredients from local producers whenever possible. However, the North American food supply has become so contaminated by GMOs, it’s now impossible to find a simple and wholesome ingredient like honey that is GMO-free. To be clear, not all local honey is contaminated with GMOs. In fact, it’s most likely not. However, due to the risk, nobody can be sure and verification is not possible.

Why Does This Matter?

There has also been a great focus over the past few years on the colony collapse disorder affecting the honeybee population in the United States. At this point, there doesn’t seem to be a clear reason for where or why the honeybees are going; only that with the honeybees goes the honey. And without honey, we lose a delicious and nutritious sweetener. But much more importantly, we lose an important part of the environment that ensures the sustainable production of fruits, vegetables, seeds and other crops. One theory is that the increased presence of GMOs in our crops has negatively affected our honeybees. In addition to hurting our ability to source a quality supply of domestic honey, GMOs are also hurting the honeybee population.

Given our concern about the food we eat and what goes into that food, we are naturally concerned. Understanding and solving this issue is of paramount importance to our food supply chain. Honey is sweet to humans, but it’s even sweeter to our environment. One way to help contribute positive change is to support the country with more honeybees. That means more hives, which produce more honey, offsetting the collapse.

Daniel Wiser spends his time trying to come up with creative and authentic ways of spreading the word about Attune's cereals. A consumer-loving marketer, Daniel has a broad range of marketing experience ranging from large consumer packaged goods companies to startup firms. Daniel did his undergraduate work at the Schulich School of Business at York University in Toronto, and earned his MBA from Stanford University.