Welcome to our Medicinal Demonstration Garden, founded in 2015 and sponsored by our friends at Boiron.

The plants in this garden provide a beautiful backdrop at our farm – for weddings hosted in our pavilion and as a place to rest to enjoy the beauty of mother nature. These plant varieties have also been used for centuries to help heal and prevent illness, and many may be used in homeopathic preparations such as tinctures and teas.

Please read below for more information about the plants that may appear here at various times throughout the season.

The following plants can be found in the garden in May and early June: 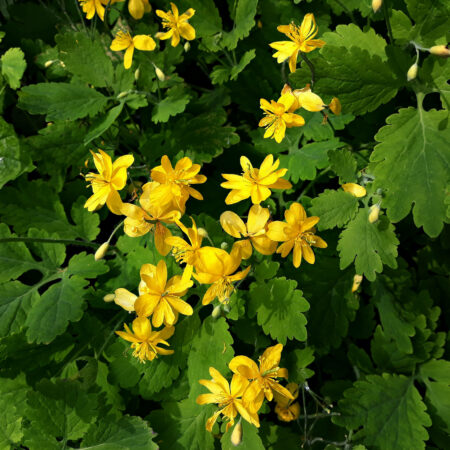 This plant comes from the Ancient Greek word meaning “swallow” for it bloomed when the swallows returned and faded when they migrated away.

Herbal Use: The yellow latex of the freshly cut plant has been used to treat warts and moles. Chelidonium is also a mild analgesic and sedative (the plant belongs to the same family as poppies). In ancient times, it was used to detoxify the body, promote the secretion of bile, and also as a purgative. 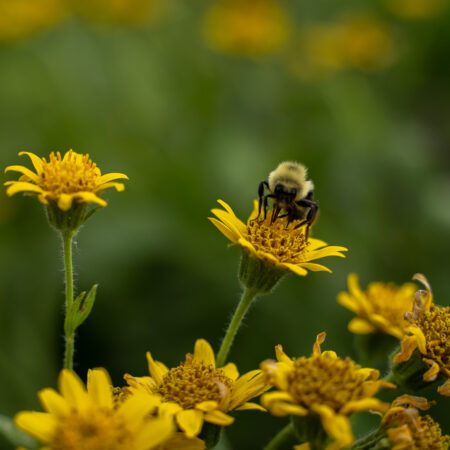 Herbal use: The Arnica herb has been used for centuries to treat various conditions. It has also been used as an aphrodisiac However, its most popular use is to relieve pain, swelling, and bruising. 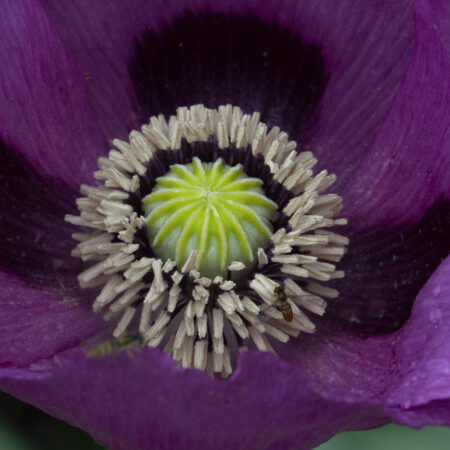 When the Pulsatilla plant bears seeds, they dangle and sway in the wind, hence the name, which comes from the Latin word “pulsate”, meaning swaying or throbbing.

Herbal Use: Pulsatilla is highly toxic. Nevertheless, it was used to treat premenstrual syndrome and epididymitis. Native Americans used it to induce childbirth.

Watch for these plants in June and July: 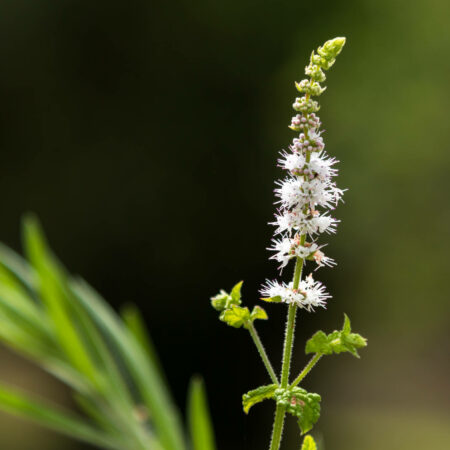 Herbal use: Indigenous people and early settlers used the plant’s roots and rhizomes to relieve a variety of conditions including rattlesnake bits. Today it’s comonly used to relieve symptoms of menopause. 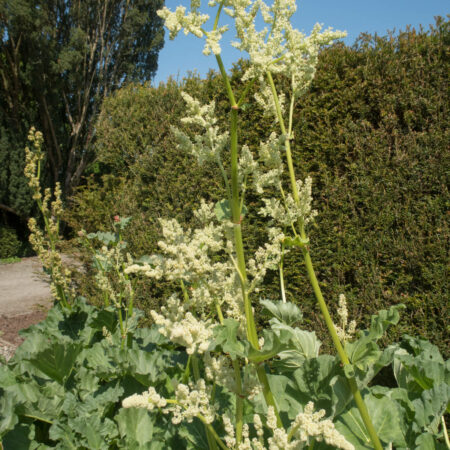 Some of Rheums’ use as medicine originated in Asia more than 2,000 years ago.

Herbal use: Rheum is used in Chines medicine as a laxative. 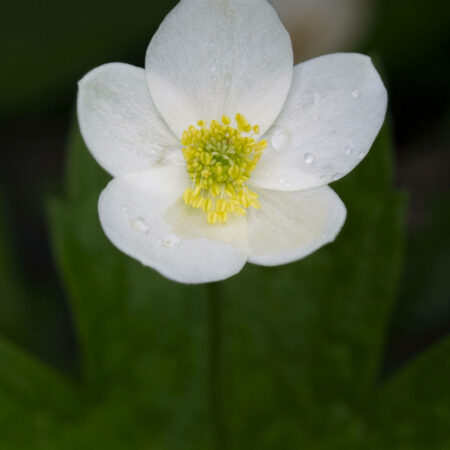 Goldenseal was historically used by indigenous cultures as both a medicineand as a dye.

Herbal Use: It can be used as an eye drop, an antiseptic, and a laxative. The plant is can have many side effects – and should be used carefully. 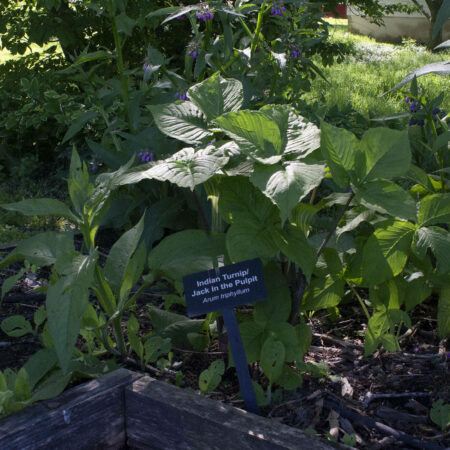 Herbal use: Arum plant, native to North America, was used by indigenous people as a poison and also to treat eye sores, snakebites, chronic bronchitis, and asthma. 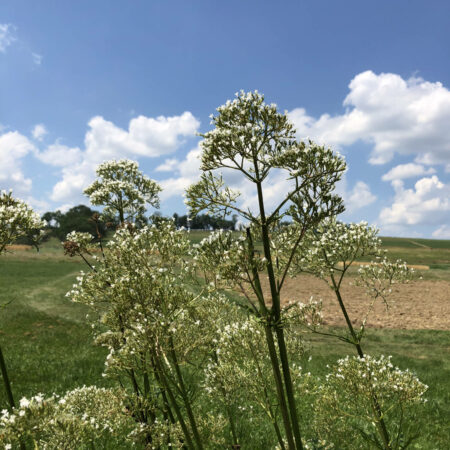 Valerian’s name may have been derived from the Latin word “valere”, meaning to be healthy, or from the Roman author Valerius, who described its properties.

Herbal use: Valerian has been used since Greek times for it’s sedateive, anti-anxiety properties. It is generally regarded as safe and can be found in supplements as a stress and sleep aid.

Watch for these plants beginning late July through September: 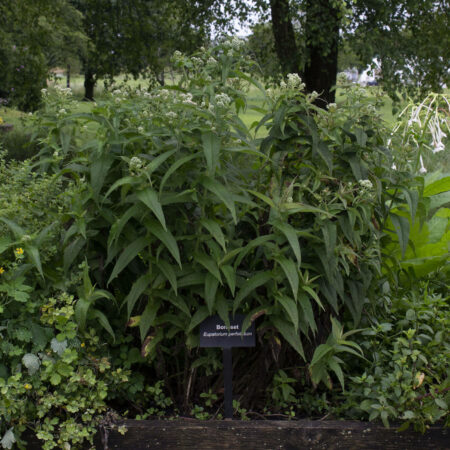 Boneset is named after Mithridates Eupator of Pontus, a famous herbalist king who absorbed small doses of various poisons every day to avoid being poisoned.

Herbal use: Boneset was used by indigenous cultures and early settlers to relieve fever and colds, but also dengue, othewise known as “breakbone fever” from the very painful aches it causes. 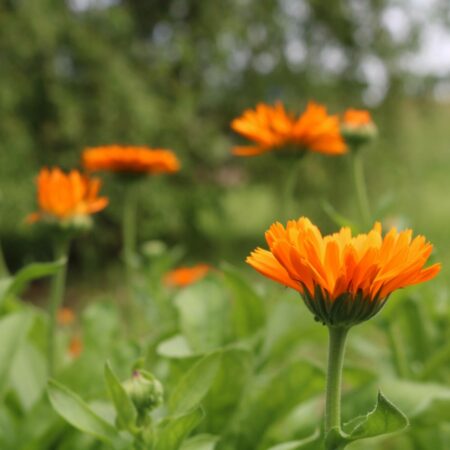 Calendula has been cultimated since antiquity, and it is difficult to know it’s exact origins. It has been used as a dye for fabric and cosmetics.

Herbal use: As an herb, calendula is used for its wound-healing properties, not only on skin but also on canker sores and gingivitis. 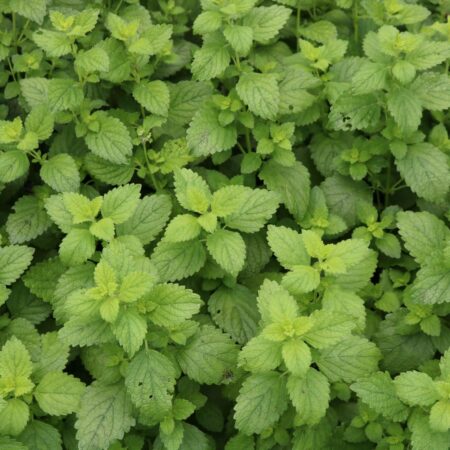 This wild English plant contains substances that attract most cats.

Herbal use: Herbal catnip has been used in teas. It’s also used to relieve nervous headaches, baby colic, and delayed periods in women. 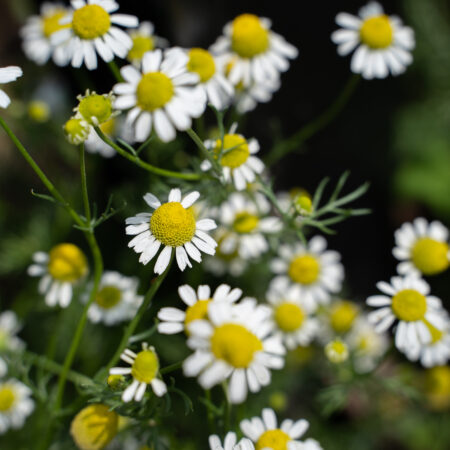 Chamomile has been used for centuries and is available in many varieties. German chamomile is the most common and the one used in homeopathic medicines.

Herbal use: Herbal chamomile is used inmany forms, ointments and salves for hermorrhoids and wounds, compresses for skin rashes, and vapors to relieve colds and asthma symptoms. Chamomile also has blood-thinning, anti-inflammatory, antispasmodic, and antidiarrheal properties. It also has a sedative and calming affect. 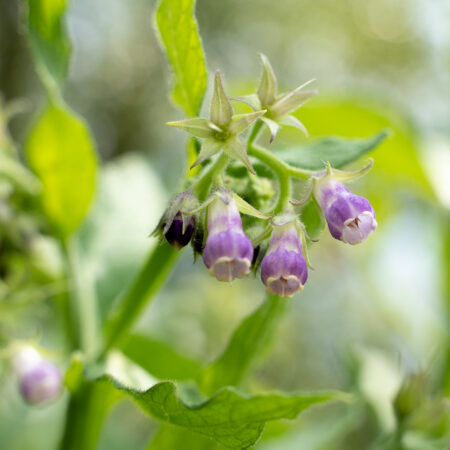 Symphytum officinale, known as comfrey or knitbone, is a common perennial herb with beautiful bell-shaped flowers. Its Latin name means “to unite” referencing its use by ancient Greeks and Romans to heal bone injuries.

Herbal use: Traditionally, comfrey was used in salves and poultices to relieve pain from fracturs, broken bones, and other wounds. The roots and leaves were also steeped into tea for treating stomach ailments, gout, and other conditions. As an herb, comfrey is not used anymore because of its liver toxicity. 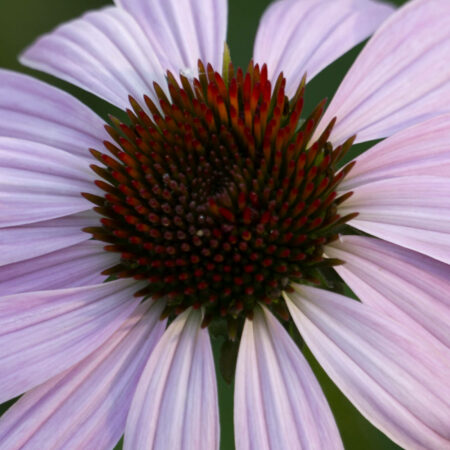 Echinacea’s name is rooted in the Greek word for hedgehog, which references the flowers’ spiky look and feel.

Herbal use: Echinacea may be useful to relieve colds and other upper respiratory infections. It can also trigger allergic reactions. 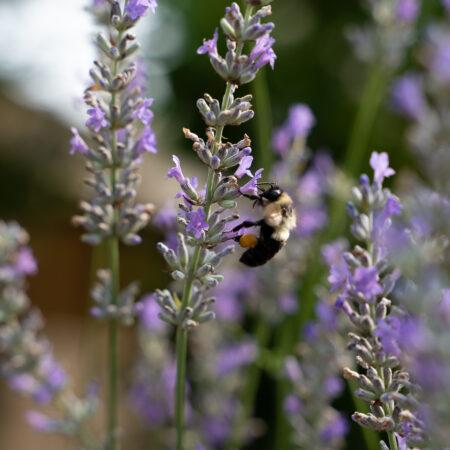 Lavender’s name is thought to come from the Latin word “lavare”, meaning to wash. It is the ancient “nard” flower mentioned in “The Arabian Nights” and the Song of Solomon.

Herbal use: Lavender oil is used in aromatherapy for it’s anxiolytic and sedative properties. Like all essential oils, it must be used sparingly and for short intervals. 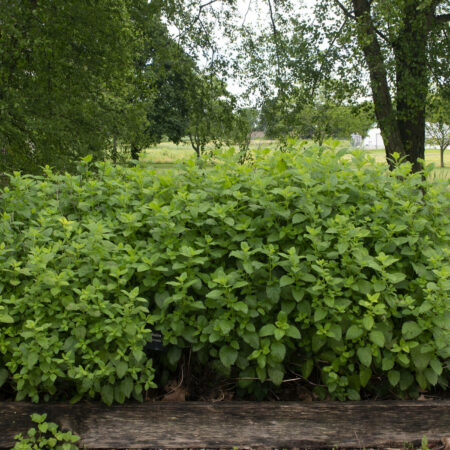 The word “Melissa” means “bee” in Greek because it attracts bees and other pollinators. It was planted around beehives to encourage bees to return.

Herbal use: Lemon balm was considered a “cure-all” herb and has been used since ancient ties. The plant has sedative and calming effects and has been shown to improve cognitive function. It is a powerful antioxidant and reduces the effects of exposure to low levels of radiation. It also relieves hyperthyroidism. 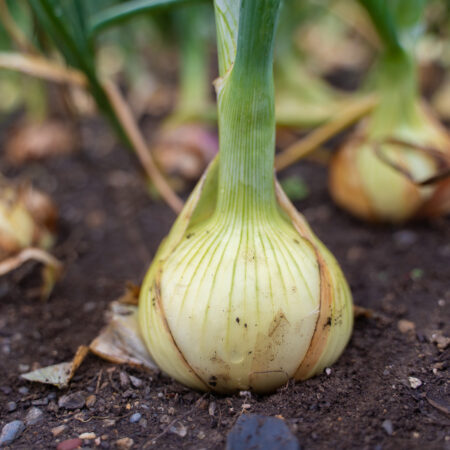 Alliums, known as onions, are used as vegetbles and as condiments in almost all types of cuisine.

Herbal use: Onions are rich in vitamins, minerals and antioxidants. 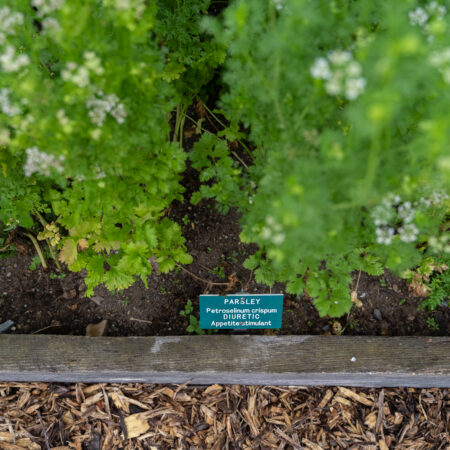 Herbal Use: Parsley contains antioxidants, folic acide, and vitamins C, A and K. Pregnant women should avoid consuming large amounts of parsley because it may increase uterine contractions. It is safe in normal quantities. In homeopathic medicine it is used to help relieve whooping cough and the characteristic whooping sound that persists long after the cough has stopped. Whooping cough is a serious medical condition that requires diagnosis and treatment by a doctor. 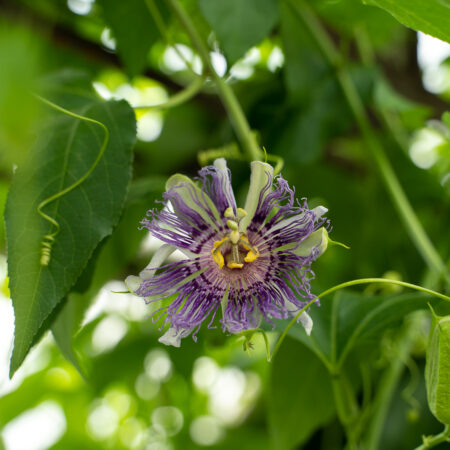 Passionflower’s name is a reference to the passion of Jesus. When Spanish missionaries discovered it in South America, they associated various parts of the flower to the crucifixion.

Herbal use: The dried, ground herb is used as a sedative and for relief of anxiety and sleeplessness. Indigenous cultures use it for many different indications from diarrhea to boils. 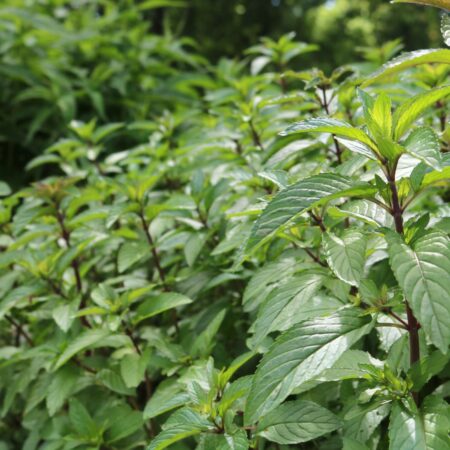 Metha x piperita is a hybrid of watermint and spearmint.

Herbal use: Peppermint contains menthol and is used as an antispasmodic to relieve colds. It’s also used externally to relieve pain because of the cooling action of menthol. In homeopathic medicine, mentha piperita helps relieve laryngitis with a dry cough, aggravated by breathing cold air. 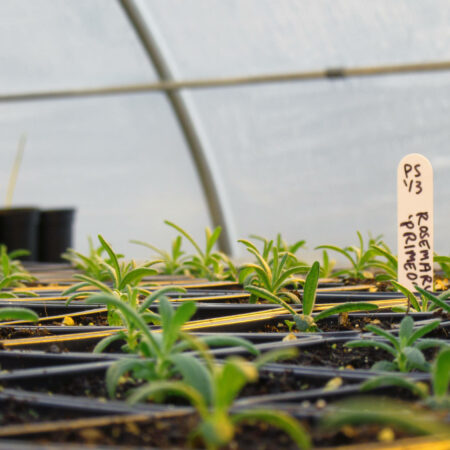 The name rosemary comes from the Latin Rosmarinus, meaning “dew of the sea.” It was said that the goddess Venus was draped in rosemary when she emerged from the sea. The plant is also sometimes called anthos from the ancient Greek word meaning “flower.”

Herbal use: Rosemary was used to improve memory, stimulate hair growth, relieve muscle pain, and treat many other disorders. It is used today as an antioxidant and to relieve indigestion. 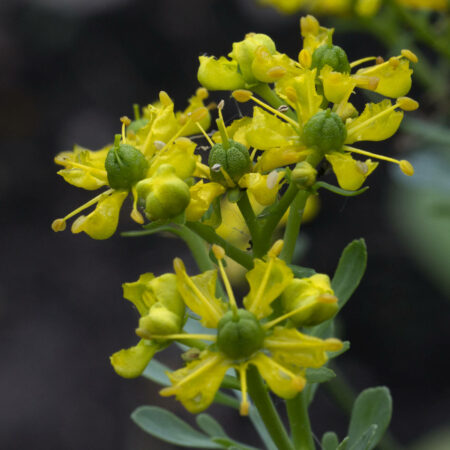 Rue has a bad odor (gravelolens means “heavy odor” in Latin). If the leaves come in contact with the skin that is exposed to the sun, it can cause blisters. It is used as an insect, snake and cat repellant.

Herbal use: Rue stimulates menstruation and has been used to trigger abortions. Its extracts are toxic for the liver. 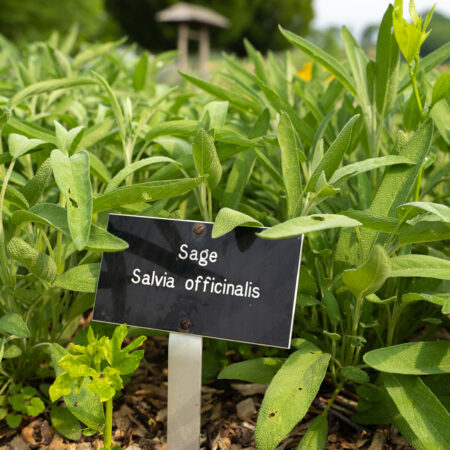 Sage was named Salvia salvatrix (sage the savior) by the Romans who used it for many purposes. The French say “Sage in the garden, no need for a doctor.”

Herbal use: Sage has been show to improve memory, attention, alertness and mood. It also has been shown to improve cognitive and behavioral functions in Alzheimer disease. 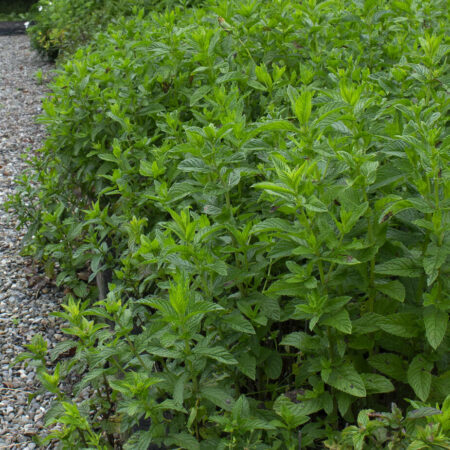 Spearmint is used to flavor teas, confections, and gum. It’s sweet and delicate taste lends itself for use in savory dishes like Lebanese tabbouleh and Vietnamese spring rolls.

Herbal use: Spearmint doesn’t contain menthol. It is used to relieve stomachaches and nausea due to its antispasmodic action on the digestive tract. It has been used to relieve bronchitis, coughs and fatigue. 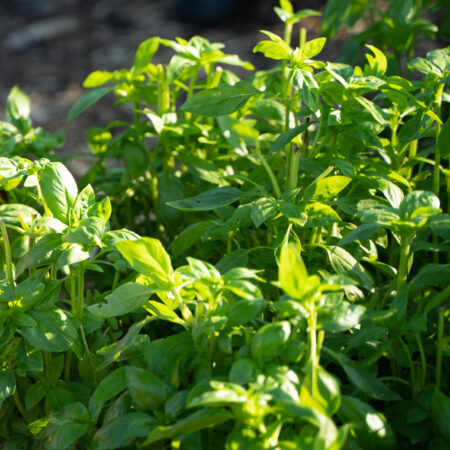 Basil comes from the Greek word for “king.”

Herbal use: Basil has been used to reduce stress and asthma. In homeopath it is used to help relieve renal colic and urinary infections. 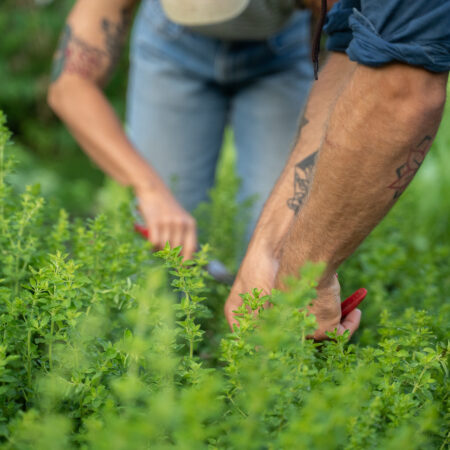 Thyme’s name derives from the Greek word meaning “to fumigate.” Egyptions used it for embalming, recongizing its powerful antiseptic properties.

Herbal use: Thyme’s essential oil is a powerful antiseptic found in many mouthwash fromulas. It was used to medicte bandages. Thyme tea is used to relieve coughs and bronchitis.